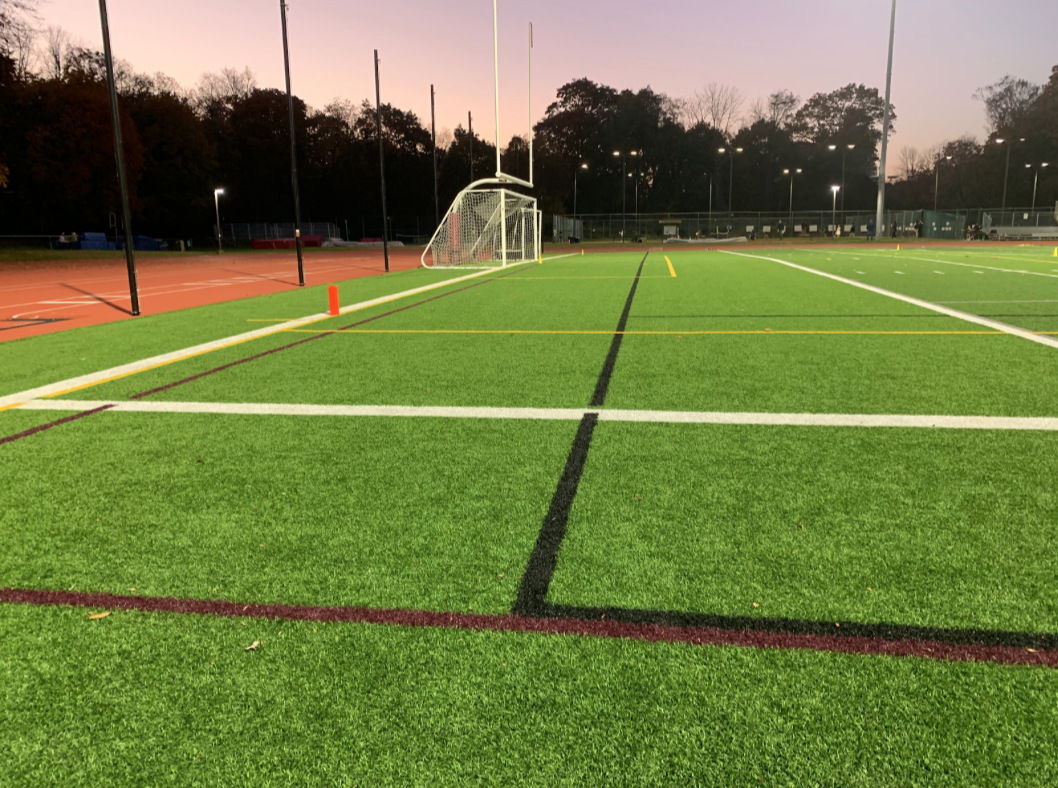 The continuation of fall sport seasons instead of their postponement to the spring garners controversial opinions. (Maroon Staff)

The continuation of fall sport seasons instead of their postponement to the spring garners controversial opinions.

To Play or To Wait?

The buzz of the scoreboard signals the end of the match. Scarsdale: 1. Visitors: 0. As the team celebrates on the field, the victory has a bittersweet taste to it. All wins count the same, but the atmosphere is different. Through the sound of heavy breathing through masks, the faint cheers from a few parents are all that can be heard. At any other time, the crowd would consist of a couple of hundred rowdy students, and the celebrations would be much more lively.

This is not to say there has been a drop in passion due to there being no fans. If anything, athletes have pushed themselves and their teammates harder as they know each game could be their last. With no certainty of the teams being able to gather the next day, every practice and game is treated like a championship. To say the extent to which passion can be shared with outsiders is more accurate.

There is no guarantee that waiting until the spring to start the fall-sport season would allow more fans to go to games or athletes to play without masks. There is an unfortunate chance that sports might not be played at all in the spring. But, rushing to fit in a season now, even though it has had its positives, was not ultimately the best decision.

Another conflict that encouraged the decision to continue with the fall season is the dilemmas multi-sport athletes would face if sports seasons overlapped in the spring. They would have to pick between two passions, which could ultimately lead to the sacrificing of the other permanently. Avoiding this tough choice is also a reason why keeping the fall-sport season in the fall has its upsides.

Despite there being clear pros to the maintenance of fall-sports in the fall, there are cons that outweigh the positives. Starting off with a more petty reason, but still notable nevertheless, is the weather and daylight. Despite there being some alarmingly warm days in November, there has also been a fair share of days with abnormally frigid temperatures to play the sports in. With fall-sport seasons usually ending in the middle of October, having to play in near-icy weather conditions after that timeframe can reduce the authenticity of the season. Moreover, the fact the sun sets before five o’clock means practices have to be shorter since all teams need to use the high-school field to use the lights.

The fixture congestion which the commuted season has caused also takes away from the authenticity of the season as well as increases the chances of players having to miss out on events. For example, the Scarsdale Boys Varsity A Soccer program had an instance where they needed to play matches five days in a row due to rescheduling from virus-postponements and not having enough time to play the games at another time (the fifth of those games was called off because of a coronavirus case in Scarsdale High School). As well-trained and passionate as these student-athletes are, playing five games in five days, and similar congestion of interscholastic athletic competitions, significantly increases the chance of unnecessary muscle injuries.

Beyond logistical downsides of keeping the season in the fall, moving the season to the spring would also see a season that potentially has fewer restrictions. If any more restrictions had to be placed upon teams right now, then the season would have to be canceled. Pfizer recently released that it had produced a coronavirus vaccine with a 90% success rate. Signs are showing there is a chance that the old normal could be nearing a return by the spring. The gamble of playing the waiting game to see if sports can be played with fewer restrictions, as of now, seems to have been a gamble worth taking.

Right now, the nation, as well as New York itself, has started to see a rise in coronavirus cases. As much as it does not want to be talked about, sports could be a big reason for the rise, since the large majority of coronavirus cases do not result in an infected person showing symptoms.

The sad reality is that sports are a petri dish for spreading the virus. Kids from one school are coming into close contact with kids from another school. Even if all athletes have their masks on correctly, masks are significantly less effective when they become sweaty, as virus particles can use the sweat as a medium to be transferred. The truth needs to be faced: most athletes would be able to contract the virus without showing symptoms. There is no way to know how many cases have been spread as a result of high school sports, but the crossing of schools on an almost daily basis suggests that the virus has been spread as a result of athletics. It’s a likely possibility that needs to be digested.

There are definitely ups and downs to keeping the season in the fall, but moving the season to the spring, as controversial as that may have been, would have allowed for more authenticity. Sports would have a much better chance of not needing to consider the virus as a threat to the season, and schools would not have to consider sports a threat of spreading the virus. There are truths that don’t want to be discussed, but ignoring truths does not eradicate their existence. 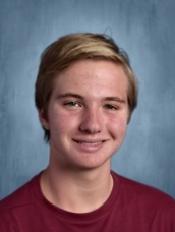