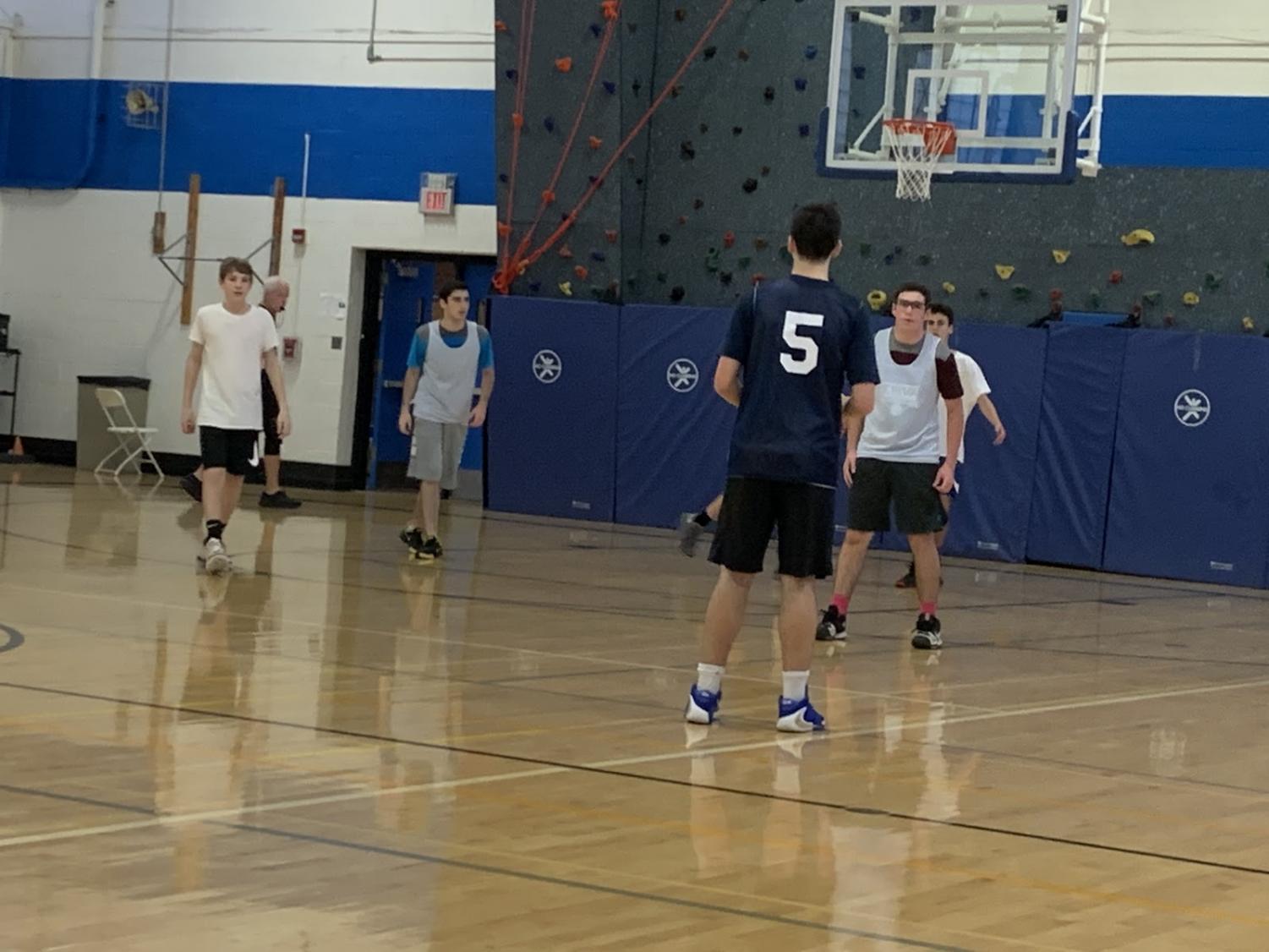 Kol-Ami and Westchester Reform Temple play against each other in a basketball game within the Temple Basketball League. (Maroon Staff)

Kol-Ami and Westchester Reform Temple play against each other in a basketball game within the Temple Basketball League.

Every year in the fall, a group of temples in the Westchester area come together to make a temple basketball league, often called “Jewball.” The league begins in 5th grade and goes up to senior year of high school. The association organizes one or two games a week, with a game on Sunday and occasional games on weeknights. The season starts in late November and ends in early March. In mid-February, the regular season comes to an end, and the playoffs start. Depending on a team’s win-loss record, they may or may not be lucky enough to make the playoffs. The playoffs are a one-loss elimination bracket, which means that if a team loses one game in the playoffs, their season is over. The team that does not lose any games becomes the champions.

The actual history of Jewish men in basketball goes back a lot further than the Westchester area’s basketball league. According to myjewishlearning.com, teen and young adult amateur basketball players started in 1934 in New York City. It was first thought that basketball would not be a prevalent competitive sport within the Jewish community. However, since its start date in 1934, basketball’s popularity in the Jewish community has only grown. Along the way, some Jewish players have faced antisemitism and discrimination. The popularity of the sport, nevertheless, has continued to grow.

Here in Scarsdale, many kids participate in temple basketball. Westchester Reform Temple has at least one team for every grade 5-12, with most grades even having multiple teams due to the large amount of interest of kids of all ages. Scarsdale Synagogue also has teams in the league, but not nearly as many as Westchester Reform Temple. To be a part of the team, players do not even need to belong to the temple, although most do. The coaches of the team are volunteers that belong to the temple and are also usually one of the player’s parents. “I enjoy participating every year, and I have met new friends through the experience,” commented Zach Adler ’22, a participant in the league. Matthew Shefter ’22, another player on the team, agrees. “I expect to play on the synagogue team until graduation. It’s very popular among Jewish kids in the community,” said Shefter. It seems like the future for “Jewball” is bright in the Westchester community and beyond.