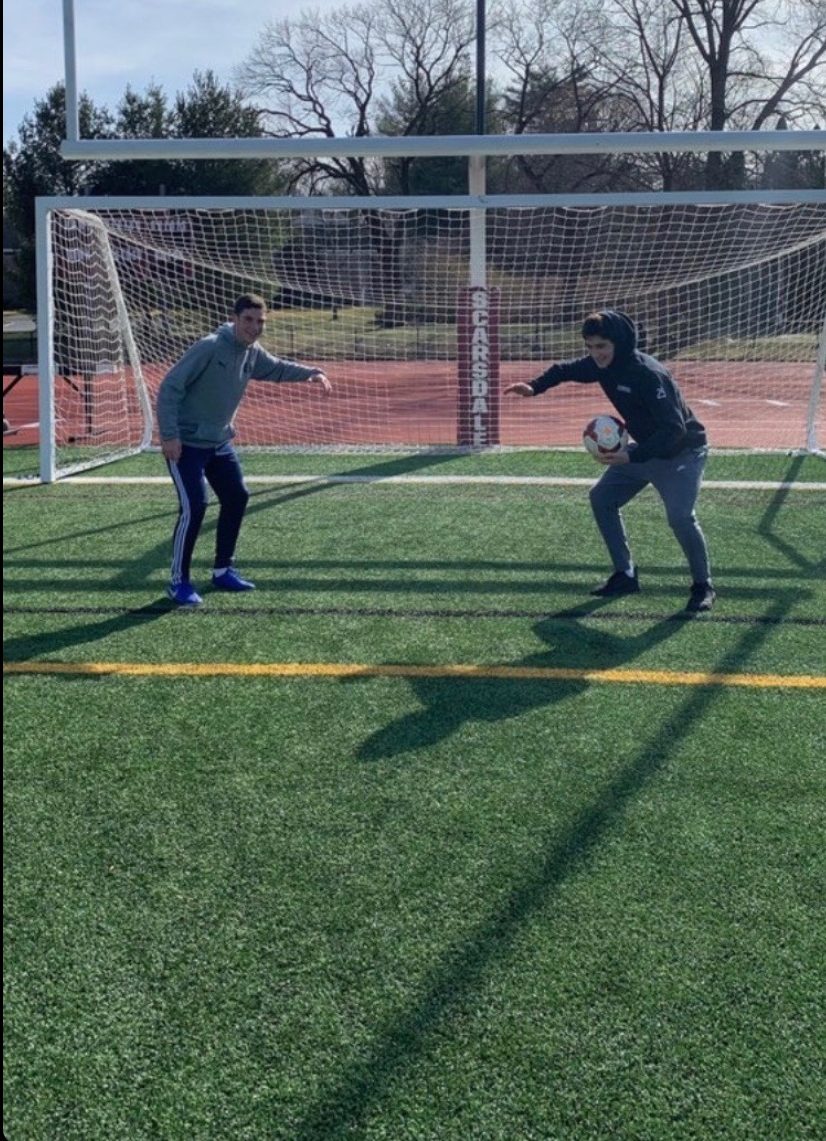 SHS Student Government recently held a competition on their Instagram encouraging students to take time and do something they enjoy while school is not in session due to the Coronavirus. Students submitted photos of their activities and whoever submitted the coolest picture received a $25 Amazon gift card. (SHS Student Government )

SHS Student Government recently held a competition on their Instagram encouraging students to take time and do something they enjoy while school is not in session due to the Coronavirus. Students submitted photos of their activities and whoever submitted the coolest picture received a $25 Amazon gift card.

The government’s most recent contest included students submitting selfies in of themselves doing an activity that they enjoy in hopes of being chosen as the winner and receiving a $15 Amazon gift card. The deadline for the competition was Friday, March 20th. Over the course of a week, the government received over twenty-five photographs including student body President Micheal Waxman singing, Thomas Gibney ‘22 practicing magic tricks, Alexandra Simon ‘23 slacklining as well as Adam Wasserman ‘21 spending time with his puppy. Each submitted photograph was posted to the government’s Instagram story and a response box allowed each student to vote for a winner. The winner was announced on Sunday night, and in a tiebreaker, was revealed to be Alexa Doyle ‘21 for a selfie of herself virtually hiking. 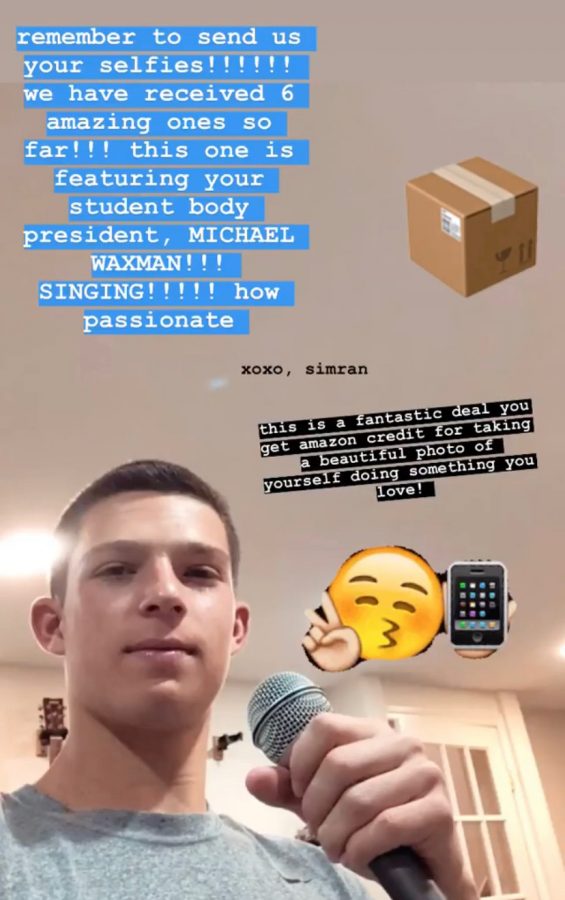 “The turnout so far has been pretty good – we’ve gotten a decent number of submissions and a lot of people have been voting, which is really nice. For the first Instagram competition we’ve done, it’s been really good and we’re excited to see more participation as we keep doing different events,” said Rishika Bansal ‘22, one of the government’s secretaries.

On March 23rd, the government hosted a zoom session for students to share feedback about E-learning including how much work they’re getting, whether teachers are adhering to the rules, and several other topics. “The fact that it’s only students helps to encourage honest feedback,” added Bansal ‘22.

Through these small contests and activities, the government hopes to keep the student body engaged in school events and involved in the community. “I think they’re trying to create a sense of community while we’re separated, and it’s effective,” said Jonah Dichter ‘22, a participant in the selfie contest. “We hope to give people ideas for fun things to do while they’re social-distancing and help them feel more connected to the school. Instagram allows us to keep the school informed about what we do, our events, and other government plans,” said Bansal ‘22.

“We’re planning more competitions, events, and activities for the coming week, and we’re going to continue to as long as we’re out of school. When we return to school, online competitions will probably stop or become more infrequent, but we would still like to use Instagram as a way to keep the student body updated,” concluded Bansal ‘22.

Make sure to follow the class government’s Instagram @shsgov and stay tuned for new contests and competitions!