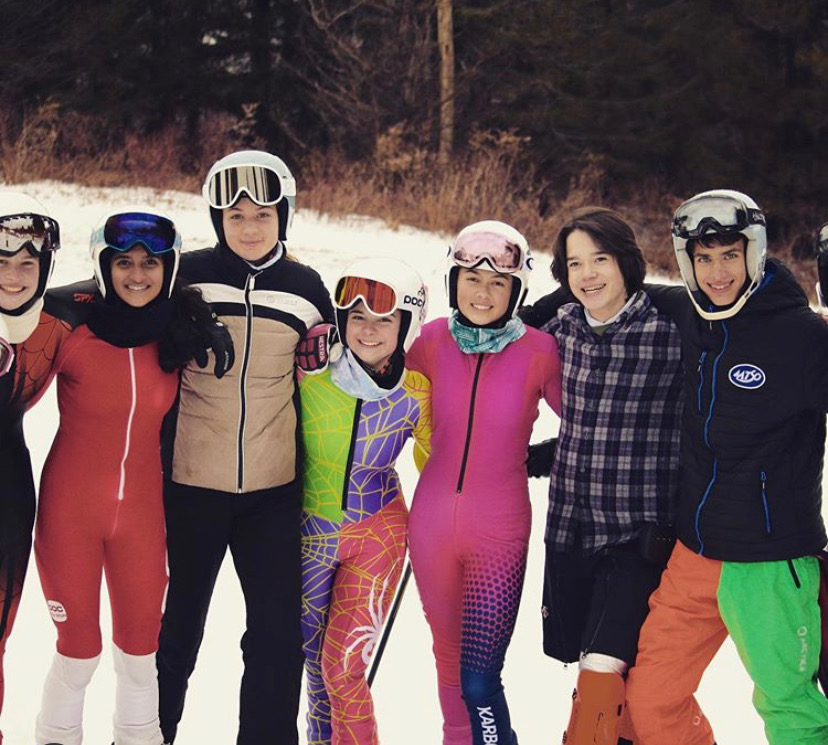 On February 10, Scarsdale High School’s ski team made its way over to Hunter Mountain to attend sectionals.

On February 10, Scarsdale High School’s ski team made its way over to Hunter Mountain to attend sectionals.

On February 10, Scarsdale High School’s ski team made its way over to Hunter Mountain to attend sectionals during the school day. Out of the roughly thirty-nine students on the ski team, only eleven qualified for sectionals based on their races during the winter season. The qualifiers included six girls and four boys: Jeremy Mann ’22, Jackson Dean ’21, Hayden Claussen ’21, Ava Akbarian ’23, Zach Berman ’23, Thomas Zosin ’21, Wilma Qvist ’22, Leela Chari ’20, Elizabeth Seider ’20, Caroline Cavalier ’21 and Brooke Paykin ’20. The number of girls who have made the team has increased since last year’s sectionals, when there were only four girls and six boys.

A total of fifty-six people competed at the Regional Championships from towns all across Westchester, including Edgemont, Rye and Bronxville. Each member completed two GS runs and two SL runs during the competition. The competitors with the fastest times were rewarded with a chance to compete at states on February 23-25 at Bristol Mountain.

Hayden Claussen ’21 got 6th place in the tournament, making him the only student from Scarsdale to qualify for states. Claussen’s times for his SL runs were 34.73 seconds and 35.14 seconds, while his times for his GL runs were 39.20 seconds and 38.05 seconds. If Claussen does well enough in states, he can move onto the eastern competition and then the national competition.

“The experience at sectionals was enjoyable because the qualifiers were all from different grades, and I got to know other SHS community members. I’ve gotten to know so many people, especially upperclassmen, that I wouldn’t have known otherwise. It’s so great to see more girls competing at sectionals as it helps to create a well-balanced team. We welcome everybody to the ski team. It’s a family,” said Jeremy Mann ’22. Overall, the ski team closed on another great season with every competitor giving their all at the sectional competition.