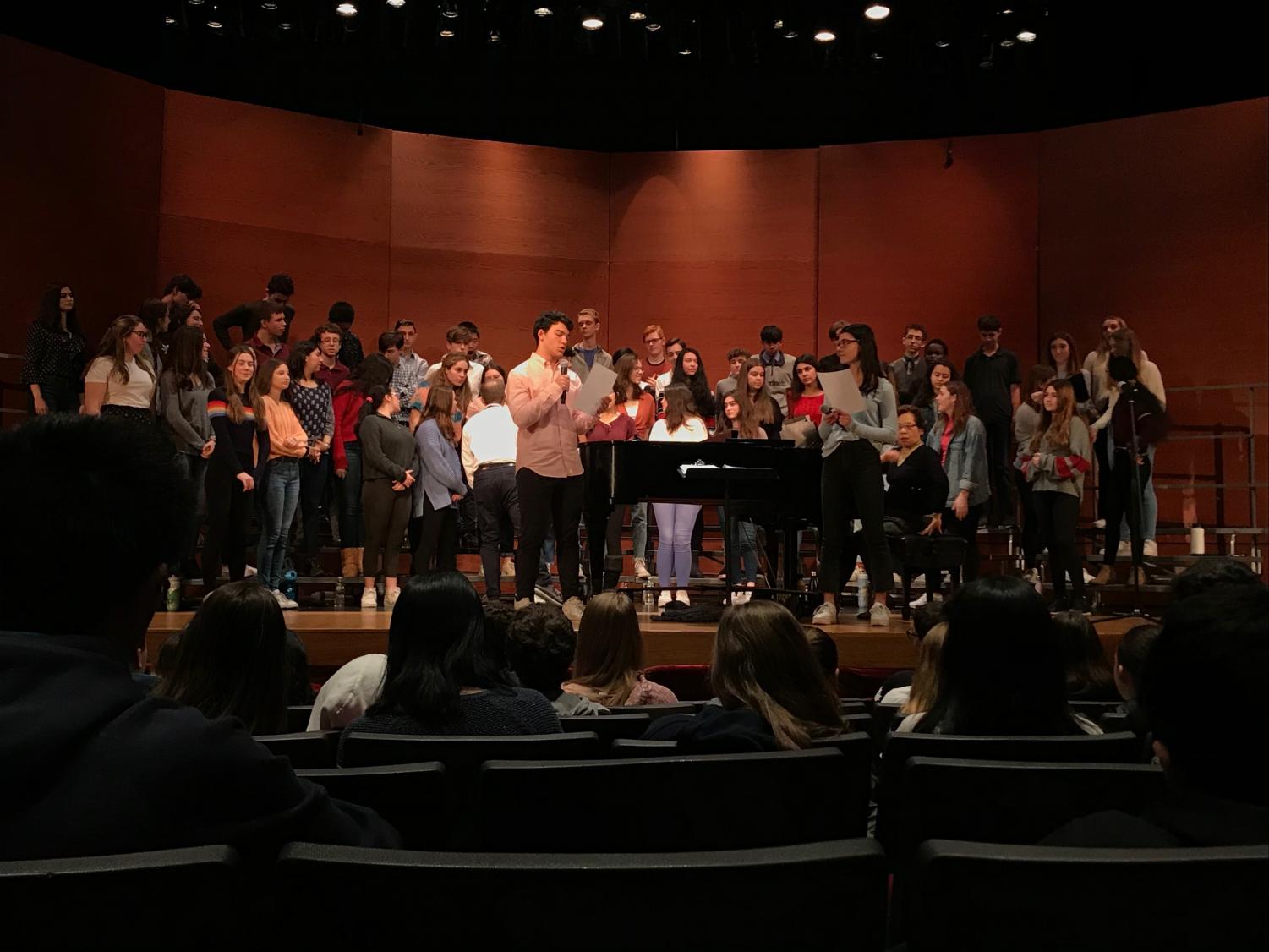 On the day before February break, the SHS chorus held their annual concert. (Maroon Staff)

On the day before February break, the SHS chorus held their annual concert.

On the last day of school before February break, the SHS chorus attempted to distract students from the fact that they were single for yet another Valentine’s day. Led by SHS Choir Director Michael Schmidt, the Mixed Choir and Chamber Choir each performed several songs, peppered with solos and a duet in between.

The Mixed Choir started off with How Can I Keep From Singing composed by Robert Lowry and arranged by Sarah Quartel. Each part of the choir had a distinct melody but still seamlessly fit together. They followed with I Dream a World, with text by Langston Hughes and music by Joan Szymko. Consisting of singers from all grades, the choir delivered powerful lyrics set to a beautiful melody.

Then came a solo performed by Jessica Byers ’20. Although the entire song was in a different language, her singing still touched everyone’s hearts, truly illustrating the power of music. Afterward, Rose Hanish ’20 and Simran Ruta ’21 sang Some Things Are Made To Be from the musical Little Women, composed by Jason Howland. Their uniformed singing of the simple, joyful melody lifted everyone’s spirits.

The Chamber Choir continued by singing Corner of the Sky from the musical Pippin with music by Steven Schwartz. The singers showed their natural talent through their performance of this inspiring song. Up next was Bless the Broken Road, composed by Rascal Flatts and arranged by Mark Brymer. The calming melodies and lyrics helped soothe the audience. Emily Hansen ’21 followed by singing Someone Like You from the musical Jekyll and Hyde, composed by Leslie Bricusse.

Next, the Mixed Choir stepped up again with a performance of Another Day of Sun from the movie La La Land, featuring soloists Lucy Cecil ’20 and Nora Muhaxheri ’23. The performers sang the song with such grace and elegance, truly showcasing the hard work they had put into the piece. To finish up, the choir ended with I Will Sing by Rosephanye Powell. Although the lyrics were repetitive, the catchy tune and clapping from the performers made it a show-stopper for sure. The song was a great way to end the concert and overall a good note to start winter break on. 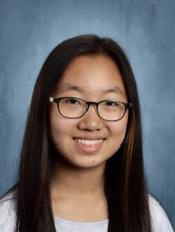