“SHS has the goal of reducing all forms of bullying in the school, and they are taking major steps to achieve this.” (Flickr)

“SHS has the goal of reducing all forms of bullying in the school, and they are taking major steps to achieve this.”

This past month, the SHS Dignity, Inclusion and Belonging Team hosted Steve Wessler, whose career has focused on reducing bias and solving harassment and bullying problems for the past 25 years. Wessler has worked with schools in the United States and in Europe to address the bullying issue present worldwide, but he spent a day having candid conversations with SHS students to hone in on the specific bullying problems at SHS.

The inspiration for these focus groups came from specific incidents that occurred last year and the beginning of this year at SHS. There were also additional student interactions that influenced the administration’s decision to take action.

“Two of the situations that I remember, came to be physical altercations that included language that was offensive against different groups. We had a plan in the spring to do this work to address the bullying crisis in our community and then when we had this graffiti in September, it only recommitted us to activate that plan. The altercations from last spring and then the graffiti from September were the main reasons for bringing in Wessler,” explained SHS Principal Kenneth Bonamo.

Focus groups of select students across different grades were organized to meet with Wessler. SHS has the goal of reducing all forms of bullying in the school, and they are taking major steps to achieve this. The selection process was based on ethnicity, religion, age, and gender. Wessler asked the students detailed questions to gauge if they have been exposed to any forms of harassment. The responses during the focus groups were anonymous, and Wessler will be using the information he gathered at the sessions to provide recommendations to the school on ways to address these concerns.

As mentioned previously, many SHS students participated in the focus groups, and there were varying opinions regarding the overall effectiveness of the groups.

“Personally, I do not think people were speaking honestly. There was a lot of awkward dead air, and I think the guy expected us to say something, but for certain, disturbing topics, not much was said,” said an anonymous SHS student.

Another anonymous SHS student began discussing how they felt sitting in that room, “It felt really weird. All the questions were about sexual harassment and gender culture of the school and it felt like he only wanted one answer. That the culture was really bad.” They continued to talk about how they felt like all the students in the room were uncomfortable, not speaking honestly, or, in a few cases, exaggerating.

Ultimately, the mission behind holding these focus groups is to make the SHS community more welcoming. After the administration learned of significant issues regarding bullying within specific groups, it was their duty to address these issues and provide a safe environment for all high school students.

“I want to first ascertain the extent of the problem – what kind of language is being used, which groups feel that they are excluded or targeted, how often this is happening and how pervasive this is. Second, we want to raise awareness among the students and just having the conversations themselves I think does that,” said Bonamo.

Although Bonamo anticipates a brighter future due to the work of Steve Wessler in our school, there is definitely opposition to the groups.

“I don’t really know how much this will affect bullying, because I don’t really know what the guy is planning to do with the info. It will also be hard to tell which policies are a direct result of these meetings. However, I do think this was a step in the right direction,” commented an anonymous SHS student.

“Every student in the room had a different opinion on the bullying situation and it seemed like no one agreed. It would be impossible to put in policies when the problem is still so unclear.  It would be great if a program like this really worked but with the size and culture of our school, I’m not sure it could, at least not with the students already in the high school,” explained another anonymous SHS student.  This creates a different hope that these policies will prevent a culture of harassment, bullying, and discomfort for future SHS generations with improvement every year.

The administration is planning programming with the Dignity, Inclusion, and Belonging team to continue to address bullying within our school. Some of the ideas that are being brainstormed include a school-wide program, an assembly, additional discussion groups, and administering a survey to all students based on the results from the focus groups. SHS students will soon be seeing these results. 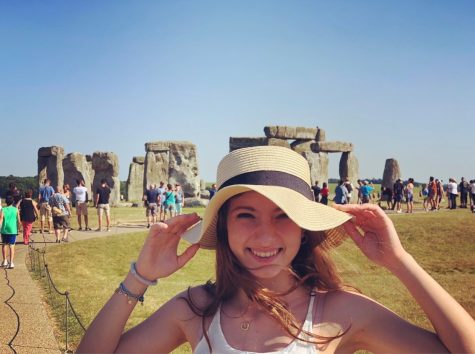