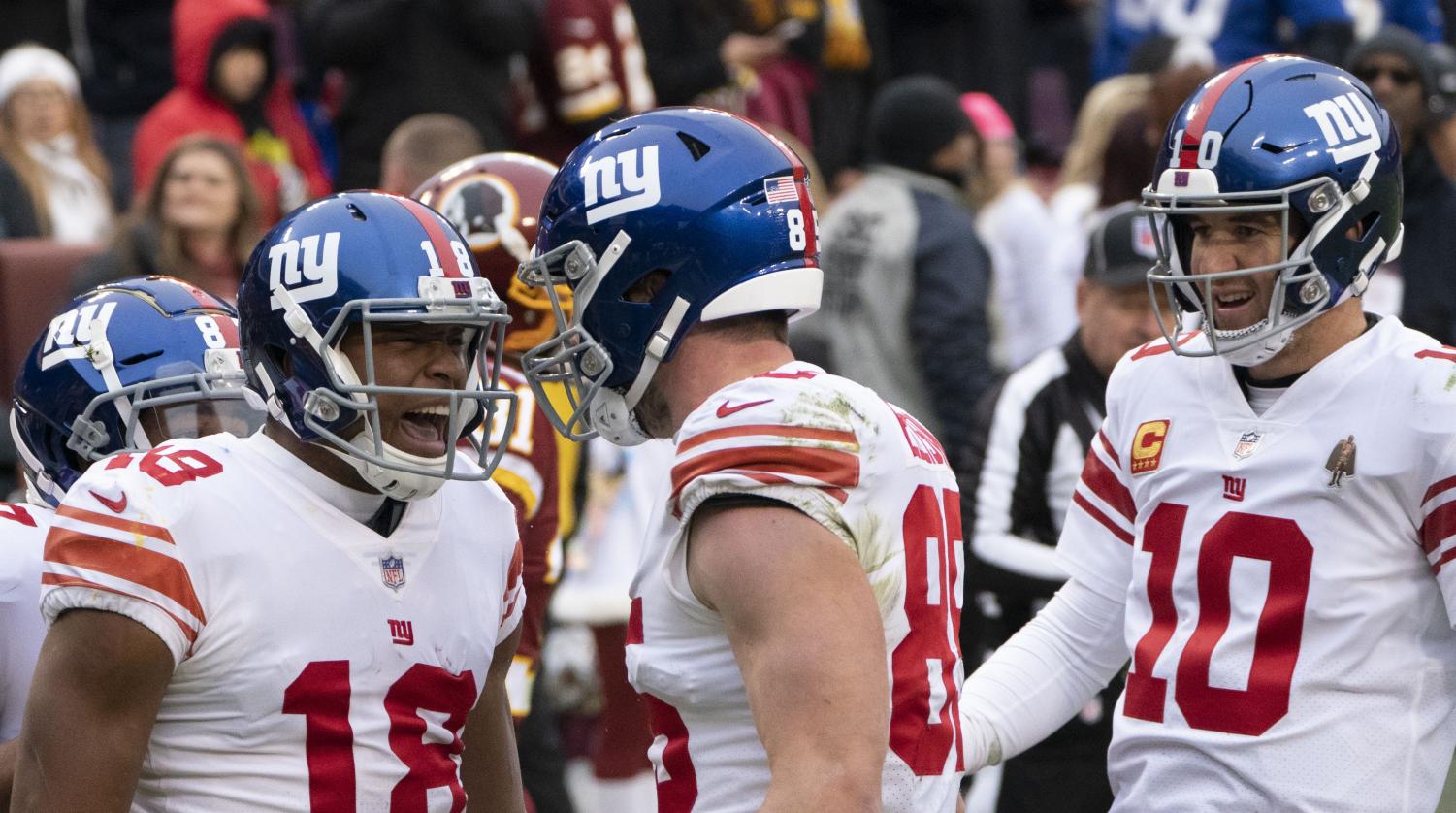 After 16 seasons in the NFL, Eli Manning has announced his retirement. (Wikimedia Commons)

After 16 seasons in the NFL, Eli Manning has announced his retirement.

This past week, New York Giants fans paid a heartfelt farewell to beloved franchise quarterback Eli Manning, who officially announced his long-anticipated retirement. Manning spent 16 stellar seasons with the organization and lost his role as starting quarterback this season to rookie Daniel Jones. At the end of the season, Manning described his role as backup quarterback as “not fun,” displaying his desire to move on from the Giants. He was notorious for his easy-going personality and determination, something that fans and the organization will deeply miss. In addition, Manning put together a hall of fame career and is regarded as one of the best to play the game. Eli Manning was a legend on and off the field, and this was not an easy decision for him.

All of Manning’s teammates and coaches respect and admire him, and have credited him with having a strong influence on the game. Giants players have described Manning as the first to arrive to the field in the morning, and the last to leave at night. “For 16 seasons, Eli Manning defined what it is to be a New York Giant both on and off the field,” said John Mara, the Giants’ President and Chief Executive Officer.

Manning has many accolades, including being a two-time Super Bowl champion (he was Super Bowl MVP in both games), with two wins against the New England Patriots in 2007 and 2011, receiving the Walter Payton Man of the Year Award in 2016, and being a 4 time Pro Bowler. He is also considered to be one of the toughest players, starting 210 consecutive games in one of the most physically wrenching sports. Manning ranks 7th all-time in passing yards and in all-time passing touchdowns.

Ultimately, Manning will always be considered one of the best talents the NFL has ever seen. While he has received criticism for some of his shortcomings in missing the playoffs and throwing excessive interceptions, he made his teammates better. That is often all that one wants in a player: a leader. The game of football is going to miss Manning, but his legacy will always be remembered. He was very loyal to the Giants throughout all of his years, despite all of the ups and downs. Manning concluded his retirement speech by saying, “Wellington Mara always said, ‘Once a Giant, Always a Giant.’ For me, it’s ‘Only a Giant.’”

Manning has passed down the torch to quarterback Daniel Jones. The Giants would only be so lucky if Jones could pull off a career comparable to that of Eli Manning.