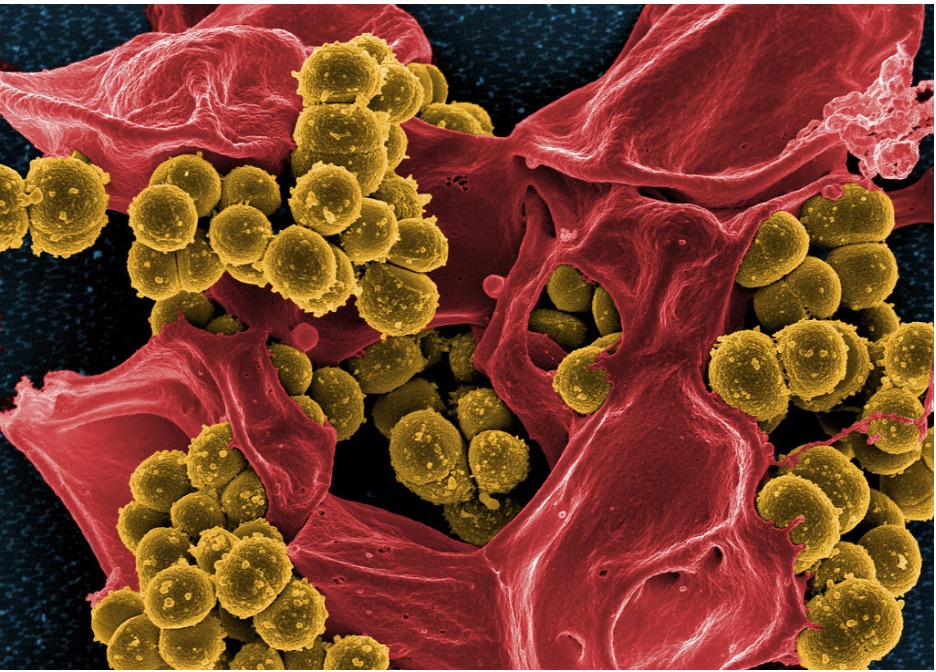 Yet another disease has been exposed to the SHS community. Jeez, we should just shut the school down for the season because, at this point, SHS is an infirmary. I was thinking perhaps in around 2 weeks or so, we could just close the doors of school until, maybe, September? I don’t know, maybe it’s a long shot.

This time, the ailment lingering in the halls is the MRSA superbug. Methicillin-resistant Staphylococcus aureus is basically a tricky strain of staph. It is resistant to a lot of antibiotics which makes it much more dangerous, considering it is tough to treat. This bacteria can cause infections to all parts of the body, but most commonly causes infections to the skin, in forms such as boils, sores, and abscesses. Though rare, in some cases, this bacteria can be life-threatening. This is specifically when someone contracts the disease following exposure to a hospital and undergoing some sort of surgery or procedure. This bacteria can then affect the lungs, bloodstream, or surgical wounds, all of which are complicated and dangerous.

Many people carry staph without being affected by it. The bacteria are quite common, so much so that ⅓ of people carry it in their nose, without being infected. Staph really only becomes a concern when it is able to enter further into the body such as through a cut.

It is extremely easy to contract MRSA because it can be spread by simple human contact, not even necessarily through saliva. If one person has it on their skin and you shake their hand, for example, you are now at risk. One can also get MRSA by touching something that has the bacteria on it, which explains why the email sent to the school included a message that all sports equipment has been sanitized. According to Web MD, “MRSA is carried by about 2% of the population (or 2 in 100 people), although most of them aren’t infected,” so there’s not much of a need to be concerned.

Please, prevent MRSA by washing your hands, wearing bandages if you have open wounds, and don’t share personal items such as towels or clothes. Now, about that proposal for the closing of school…

Information from the Center for Disease Control and Prevention and WebMD.