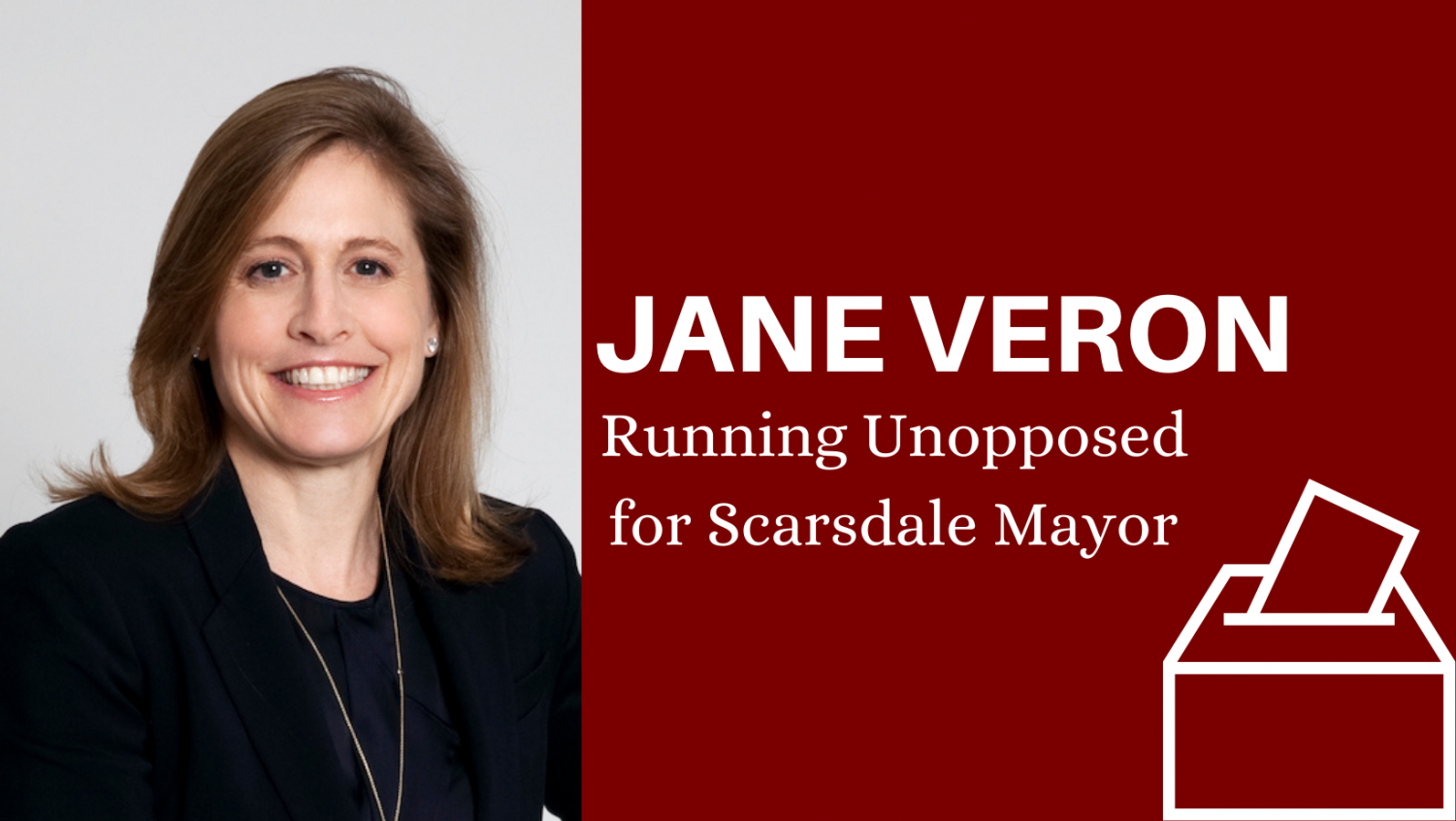 Jane Veron is running unopposed for Scarsdale mayor in the March 16 local election and has several ideas for new public policy. (Maroon Staff)

Jane Veron is running unopposed for Scarsdale mayor in the March 16 local election and has several ideas for new public policy.

Jane Veron is running for mayor unopposed in the March 16 local election. If and when elected, she will begin her term on April 5.

Scarsdale’s government officials are responsible for almost every aspect of resident life, whether locals are aware of their tremendous influence or not. Deciding to run for a public office position requires diligence, patience, and a love for the town itself. These are the qualities that the Citizens Nominating Committee takes into account when deciding who will be on the slate for any upcoming votes to office, a non-partisan election method Scarsdale has followed for decades. Coming up on March 16th is the election for mayor of Scarsdale, in which two-term trustee Jane Veron will run uncontested for Mayor of Scarsdale.

While reflecting on her time as a trustee, Veron had a myriad of accomplishments to take pride in. She was influential in creating a committee for communications between the government and the residents of the town, which has since become a permanent installation; this allowed for the government to be more transparent and residents’ voices to be better incorporated in civic issues. The committee built an interactive website to keep residents more informed on decisions made by the government and upcoming events overall. Additionally, Veron played a key role in the renovation and expansion of the public library, which will considerably improve the quality of life for residents once the pandemic subsides.

When the pandemic forced the closure of many small businesses and restaurants in the village, Veron and her colleagues worked tirelessly to accommodate, support, and help them. Laws regarding sidewalk usage in Scarsdale Village were changed to allow for outdoor seating and vending, which generated revenue and prevented several businesses from having to close permanently. “Being a trustee was an incredibly rewarding experience. I felt like I was making a positive difference in so many arenas,” remarked Veron. Her pragmatism as a trustee was felt beyond the walls of the government building, and her committed, positive presence will surely follow her into a mayoral term.

Veron’s responsibilities as mayor will outnumber and outweigh those of her trusteeship. She will work closely with the village manager, who oversees the fifteen departments of government, to ensure town issues are addressed properly. “Quality of life, infrastructure, economic revitalization, and public safety are the basic four pillars of my plan,” mentioned Veron. Veron emphasizes the importance of utilizing technology, advancing sustainability, and enhancing communications in the pursuit of policy. One current affair at the forefront of local politics is the possible renovation of the public pool complex. “If we invest in [the pool complex], I believe membership will drastically increase and our pool enterprise fund will eventually be replenished,” mentioned Veron, who is adamant about going forward with its redevelopment.

Above all, Jane values honesty and communication between government and residents, two principles she will adhere to constantly during her time as mayor. If elected, Jane will continue to serve as inspiration to both aspiring civil servants and young girls in Scarsdale.

If you’re a resident of the town and over the age of 18, you should feel confident in your vote for such an excellent candidate on March 16 at the Scarsdale Congregational Church. 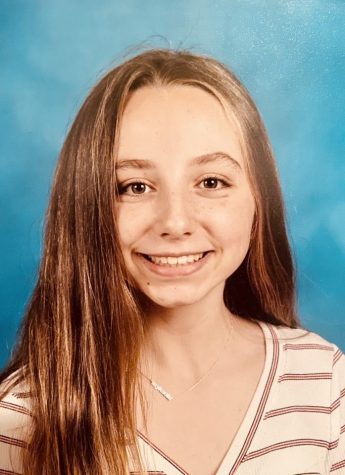