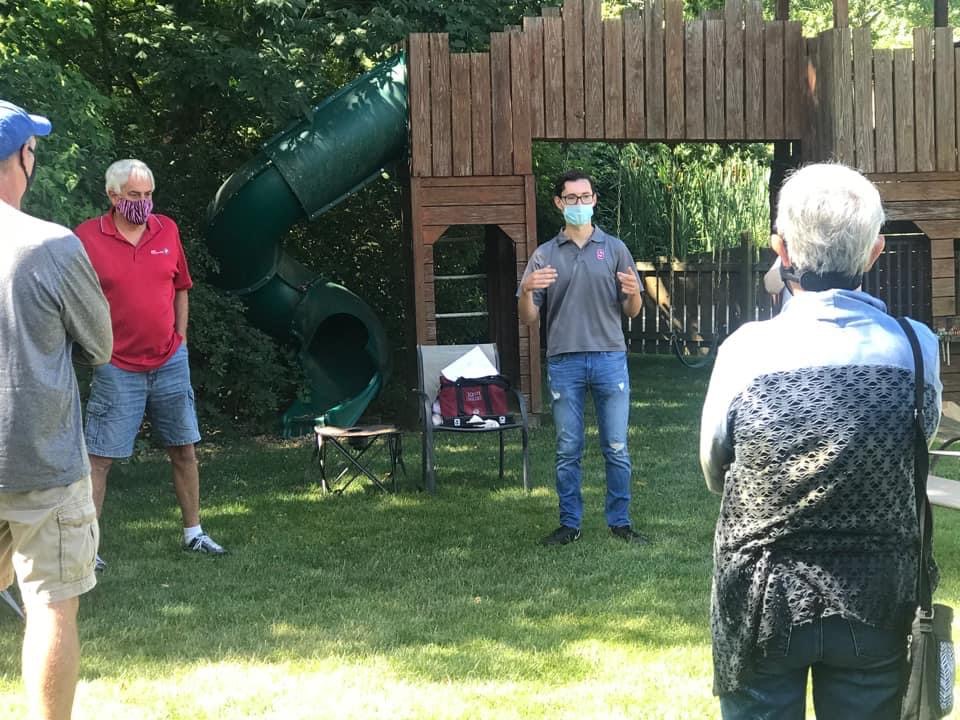 When Jack Greenspan ’20 received his acceptance letter to Columbia University, most people would assume that he began planning for his freshman year. Instead, Greenspan started thinking about taking a gap year.

A “gap year” is an increasingly popular option for students during which one takes time off from school in the year between their senior year of high school and freshman year of college. People who take gap years often spend that time working in an internship. Rather than doing something similar, Greenspan decided to take his lifelong passion for politics into action and work on political campaigns.

The number of people who took a gap year this year rapidly increased this year, likely due to the COVID-19 pandemic. Some people have waited to attend college until they can safely live on campus and have a regular college experience.

According to Greenspan, however, the pandemic was not the driving reason for taking a gap year. “In February, before the pandemic, I was really invested in the idea of taking a gap year to work on a lot of campaigns,” explained Greenspan. “I have a lot of friends who worked on the presidential primary election back in February… I had a sense of FOMO that I [would not be] able to spend all my time organizing because I was in school.”

During his gap year, Greenspan has worked on multiple political campaigns. First, he worked on Joe Biden’s presidential campaign in Ohio, which he enjoyed. After his work on Biden’s presidential campaign, Greenspan was “just really psyched to get back involved back home, because New York politics is really where [my] heart lies.” Greenspan heard about Eric Dinowitz, a promising candidate running for City Council in NYC, through his former colleagues. Greenspan applied for a job on Dinowitz’s campaign, and soon Greenspan was the field director for the Dinowitz campaign. Election Day for the City Council seat Dinowitz is running for is this Tuesday, March 23.

As field director for the Dinowitz campaign, Greenspan is in charge of much of the planning and promotion. “I’m responsible for all of the contacts and operations on the Dinowitz campaign,” explained Greenspan. “I am creating a strategy for talking to our voters… calling them, texting them, how many voters we need to talk to, who we are talking to… and then what we say when we talk to those voters,” he added. Greenspan also works with recruiting more people to work on the campaign.

Greenspan feels that his years at SHS helped inspire his political career. “My teachers have been very influential, both in terms of my political opinions talking about policy, but also supporting a lot of the volunteer work that I do as well,” said Greenspan. “I think Scarsdale really does have a culture of encouraging action beyond the confines of the school.“

He also believes that Scarsdale’s senior options program helped to elevate his political career during which he “worked for a congressional campaign in our area. Through that campaign [I] was able to meet the campaign manager and field director.” The campaign manager and field director that Greenspan met during his senior options program were the people who were later responsible for connecting Greenspan to the Dinowitz campaign, where he has excelled.

Greenspan strongly encourages current SHS students to get involved just as he did. “If you are more interested [in politics] than just following the… news if you really want to get involved, go volunteer for a local race, go sign up to be a fellow,” said Greenspan. “You get to meet a lot of great people… one of my highlights in high school was working on a bunch of campaigns. I think if other people get involved, it’ll be their highlights as well,” he added. Only months after his graduation from SHS, Greenspan is already making a difference in the world, so his words should serve as guidance for current SHS students looking to make an impact.