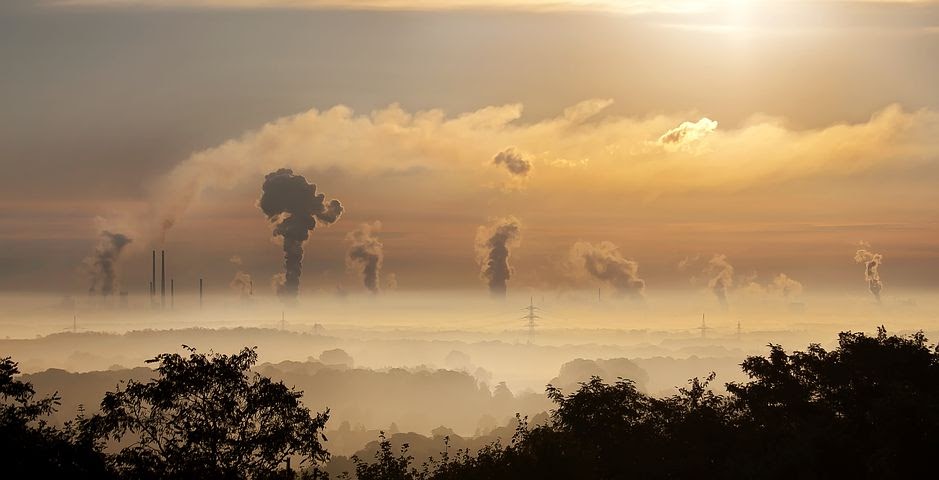 Factories contribute massively to climate change. The fashion industry is the world’s second largest polluter, and fast fashion only worsens its effects on the environment. (Pixabay)

Factories contribute massively to climate change. The fashion industry is the world’s second largest polluter, and fast fashion only worsens its effects on the environment.

How are Fast Fashion and Consumerism Damaging the Modern World?

In today’s world, we live in a society obsessed with material goods and current trends. Consumerism has taken over the mindsets of millions of people, and fast fashion coupled with this constant consumption has had detrimental effects. Fast fashion is the model in which companies constantly mass-produce cheap, affordable clothing in order to keep up with the circulating styles. Corporations use cheap materials to manufacture these items overnight. With social media, the younger generations constantly look to influencers and celebrities alike to keep up with the ongoing trends. Consequently, they purchase and discard a ridiculous amount of clothing as the trends rapidly come and go. Consumerism and fast fashion are thriving due to this attitude of the masses, and it has proven to be extremely damaging to workers, the environment, and even the consumers themselves.

Businesses that follow the fast fashion model treat and pay their employees terribly. The majority of the 40 million garment workers in the world are not given any rights or protection. They are one of the lowest-paid groups in the world. About 80 percent of these laborers are women, and these massive corporations continue to exploit them simply to earn as much money as possible; only two percent of these women workers are provided a living wage. The entire concept of fast fashion is to endlessly pump clothing out of these factories, so it should come as no surprise that these laborers are underpaid and mistreated. In 2013, the Rana Plaza, a giant garment factory located in Bangladesh, collapsed and killed over 1,000 people, as well as injuring over 2,500. Prior to the incident, an investigator found that the mayor had approved renovation on the building and allowed the owner, Sohel Rana, to ignore construction codes. Rana illegally built the upper floors of the Plaza in order to house even more factories; these floors had enormous generators that shook the building whenever powered on. Only a few days before the collapse, cracks in the building appeared and an engineer told Rana the building was no longer safe. However, Rana ignored his warnings and told all the workers to come in the next day. When the generators turned on, the building toppled down. Factory and building owners in the fast fashion business dismiss any safety threats or terrible work conditions for the sole purpose of making more product and money. This horrific tragedy began to expose the dangerous workplaces the fast fashion industry continues to create.

Not only does fast fashion take a toll on those employed in the industry, but it even harms the shoppers themselves. Popular “fast fashion” brands, particularly Forever 21, Zara, Fashion Nova, and H&M, have such affordable clothing that customers rarely think of how the insanely low prices could be possible. The truth is that these companies are solely concerned about their monetary gain, so they use extremely cheap materials because it ensures consumers will come back for more after the poorly made clothes inevitably wear out or fall out of trend. People actually end up spending more money on these cheaper items because these corporations release new clothing year-round, rather than seasonally. This creates an endless cycle of consumption in which the shoppers become dependent on uninterrupted releases. Since it’s cheaper for these companies to produce their clothing in foreign countries, U.S. manufacturing has suffered as well. Fast fashion and consumerism have hurt the customers in the long term, even if it may not appear so.

The most destructive effect of the fast fashion industry is the catastrophic change it invokes in the environment. Over 60 percent of fabric is synthetic, meaning it comes from fossil fuels, so it won’t decay in a landfill, which is where 85 percent of textile waste in the U.S. ends up. The belief that clothing is disposable has infiltrated people’s minds, and when the cheaply-made clothing is not durable at all it becomes easy to simply throw the item out. According to the Huffington Post, the average American throws out 68 pounds of textiles yearly instead of donating or reusing. Textile factories are able to recycle old fabric into new clothing or other functional things, such as insulation, but so many people just toss the clothes to the landfill. Even though the U.S. has taken some precautions to make manufacturing more environmentally-friendly, it doesn’t make much of an impact because most production happens in China or other countries. Clothing factories all around the world contribute enormously to carbon emissions as well. There are already a significant amount of factors contributing to climate change, and fast fashion and consumerism only add to that list.

What can we all do to realistically combat fast fashion? Although it may be very difficult, try to minimize your purchases from these types of corporations as much as possible. A sweater from a really popular and affordable store might be really cute, but if you think about supporting a “fast fashion company” and all the terrible things it does, that sweater just isn’t worth it. Instead, try to find new items from sustainable stores and thrift shops. It can be an adventure, and you are helping others by doing so. You will probably miss the crazy cheap prices of these stores, so just remember you won’t discard and waste as much if you buy fewer, possibly more expensive items. You will begin to develop more of an appreciation for clothing, instead of viewing it as easily discardable. Lastly, if you do need to get rid of a particular item, try to find something you can repurpose it as. If that doesn’t work, donate it to a local store or charity rather than throwing it away. Fast fashion and consumerism have caused enough damage, and it’s time for a drastic change.