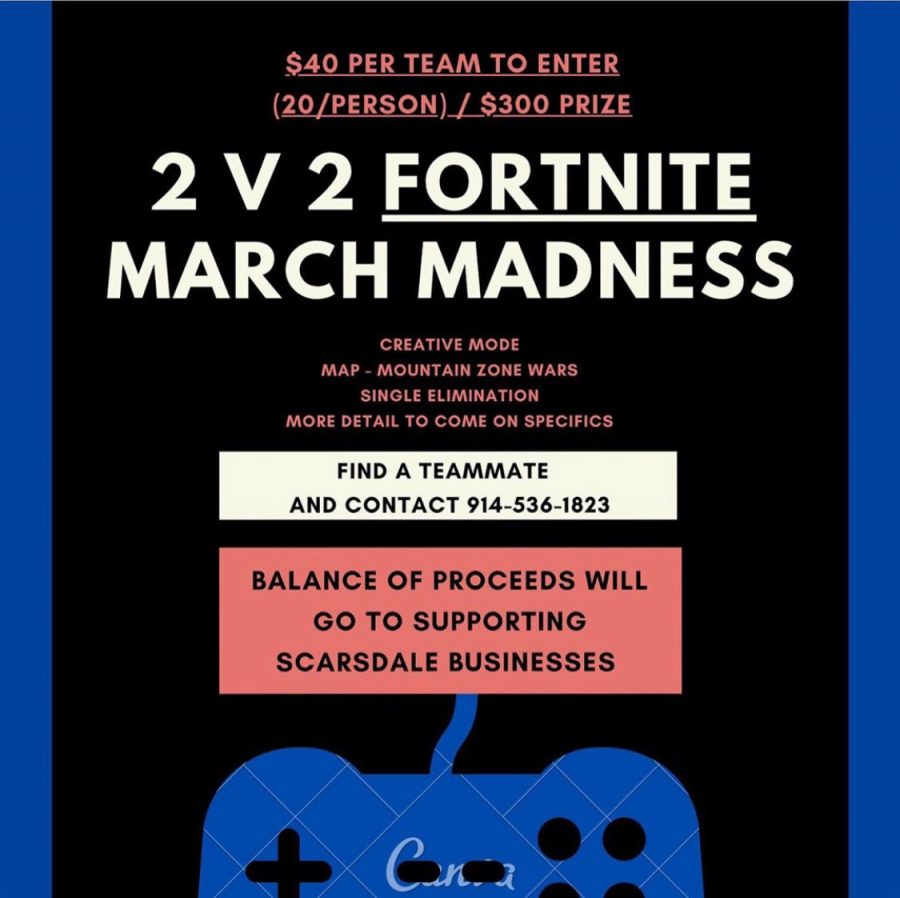 Social distancing is a practice that is being enforced in order to prevent the spread of COVID-19. As a result of this social distancing, non-essential businesses are temporarily closed. The government is giving approximately $1000 to help local businesses survive during this uncertain time, but SHS Student Cooper Cohen ’21 also has positive intentions to help Scarsdale businesses. Cohen’s family’s foundation, The Play On Foundation, is sponsoring a Fortnite tournament to help raise money for this cause. The Play On Foundation hosts fundraisers and events to help provide kids with less fortunate socioeconomic backgrounds with the opportunity to play sports. This tournament is another way the foundation is giving back to the community.

“As I was sitting in my basement, playing Xbox with my friends, we wanted to think of a way to give back to our community through our foundation, especially to those who are struggling,” said Cohen. “We know that many kids are bored, playing Xbox, and searching for some sort of entertainment. We decided to create a Fortnite tournament, March Madness style [a 64-team tournament]” added Cohen.

Cohen, his brother Carson Cohen ’23, in addition to some of his friends: Ben Assa ’21, Levi Ring ’21, and Trey Leuchter ’21, have been helping in the recruitment process for participants and have been involved in setting up brackets for the tournament. They have the hope of relieving the community of stress during these tough times.

Cohen and his team are still figuring out the logistics of the tournament that plans to include 64 teams, with two versus two matches in “a last team standing wins-style” tournament. The tournament is going to have multiple rounds and will be single-elimination. The admission fee is $40 per team, and the winning team will receive a $300 prize; if all of the tournament slots are filled with a total of 64 teams. The Play On Foundation will donate $2260 to local businesses to help them pay their rent and staff.  “If we could give them [local businesses] more than double what the government is providing, I’m sure we can make a significant impact and hopefully keep our favorite Scarsdale businesses open,” Cohen explained.

Once the tournament is over, a vote will take place amongst the tournament participants to decide which small local businesses to donate the proceeds to. Some of the potential businesses that are being considered for the donation include Italian Village, Metro Deli, and Giannoni’s Deli.

Ultimately, Cohen and his team have two goals: to give students entertainment while they are stuck at home and to support the Scarsdale community. Significant interest from students has been shown and the tournament plans to kick off this coming weekend. 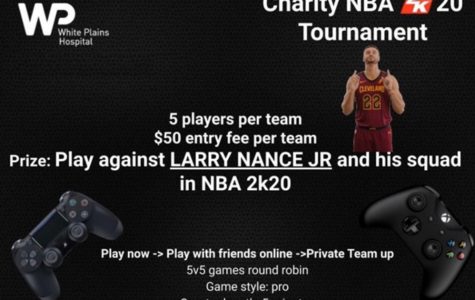 Despite the damage COVID-19 has inflicted on millions of people globally, the Scarsdale community has taken a strong stance to aid the crisis. Within our local community, SHS students have been promoting coronavirus relief through charities and fundraisers. In an attempt to support White Plains Hospital, SHS Juniors Noah Weber and Max Roth recently launched an NBA 2k20 video game tournament. W...