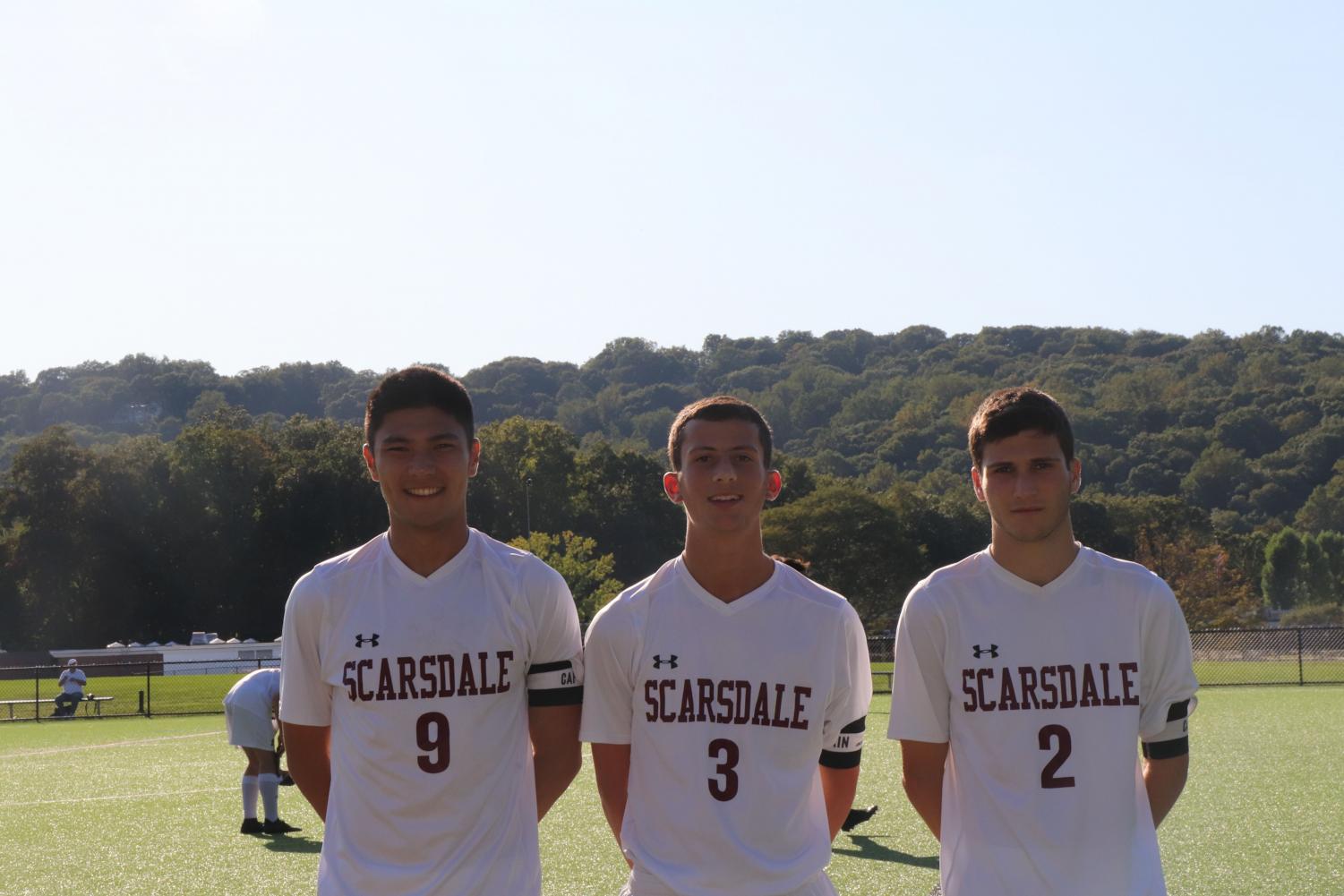 Prior to Scarsdale’s Boys’ Varsity Soccer team’s matchups against rivals White Plains and Horace Greeley, they had a losing record of 1-3-1. The Raiders were motivated to pick up these two crucial wins in order to avoid the slow start they had last year. The team also had to make up the loss of last year’s seniors.

On Tuesday, September 17, the Raiders defeated a tough White Plains team 2-1 with goals from Alfred Mrijaj ’22 and Cooper Cohen ’21, along with an assist from Captain Zach Medvinsky ’20. Two days later on Thursday, September 19, the team defeated another tough opponent, Horace Greeley, 2-0. Esteban Rudloff ’21 and Medvinsky netted the goals against Greeley.

“I think after we lost the game to Ramapo before White Plains, we realized we had to turn it around. From then on, we started practicing harder and more intensely. We carried that intensity into the game against White Plains and we outworked them the whole game, which is why we won. Everyone wanted to win, and that showed,” said Lukas Forsingdal ’20. In the game against White Plains, the Raiders were able to implement the style of play they put to use in practice, and in the game against Greeley, the strikers were able to finish chances early to give the team a comfortable lead for a majority of the game.

The high intensity work ethic that the team is developing is certainly making a case for them in this year’s playoffs. Beating two prestigious soccer programs in Greeley and White Plains shows the continuation of their hard work. “The win against Greeley was validation that we have a good team this year and the potential to make a deep playoff push,” explained Josh Strassberg ’20. The team also welcomed many new faces this fall, who are already helping to further progress the team.

“The first win against White Plains was big because it got us back on track after a few losses. They called us their rivals, so going to their turf and winning was huge. Beating Greeley also meant a lot for us, because they beat us twice last year, so it was kind of a revenge thing for us,” added Captain Ben Rubin ’20.

Now that the team is on a hot streak, they must keep on going, game by game, especially with tough opponents such as New Rochelle coming up. The Raiders’ obvious goal is to win the section. This year, however, differs from other years, as the team has avoided their typical slow start to the season. “Still, a lot of people forget that last year’s team was red-hot coming into the playoffs, despite their poor start. At the end of the day, we want to make sure that we are playing our best soccer heading into this year’s playoffs, and that starts with a big push right now,” said Strassberg. The motivation and energy of everyone on the team to win allows the team to perform as more of a cohesive unit.

The team has many standout strengths that are translating to wins for them, although there are improvements that could be made to be even more successful. “I think we’re really strong defensively with one of the best defenses in the section. The improvements have to be made with our goal scoring capabilities. We have not put up solid amounts of goals in the first four games, but now we’re starting to capitalize on more opportunities with the addition of striker Alfie Mrijaj and the talent of Lukas Forsingdal up top,” explained Kian Batiwalla ’22.

The Raiders have the necessary tools to make the most out of this season: Everyone is locked in to making a playoff push, and the morale of this team is going upwards. “We want to win the section, but we have to look at the league first. By winning the league we show Class AA that we aren’t messing around. Wins against Mamaroneck would be huge, as they are the number one ranked team. If we play our best game versus any other team, I believe we will come out on top,” concluded Batiwalla.