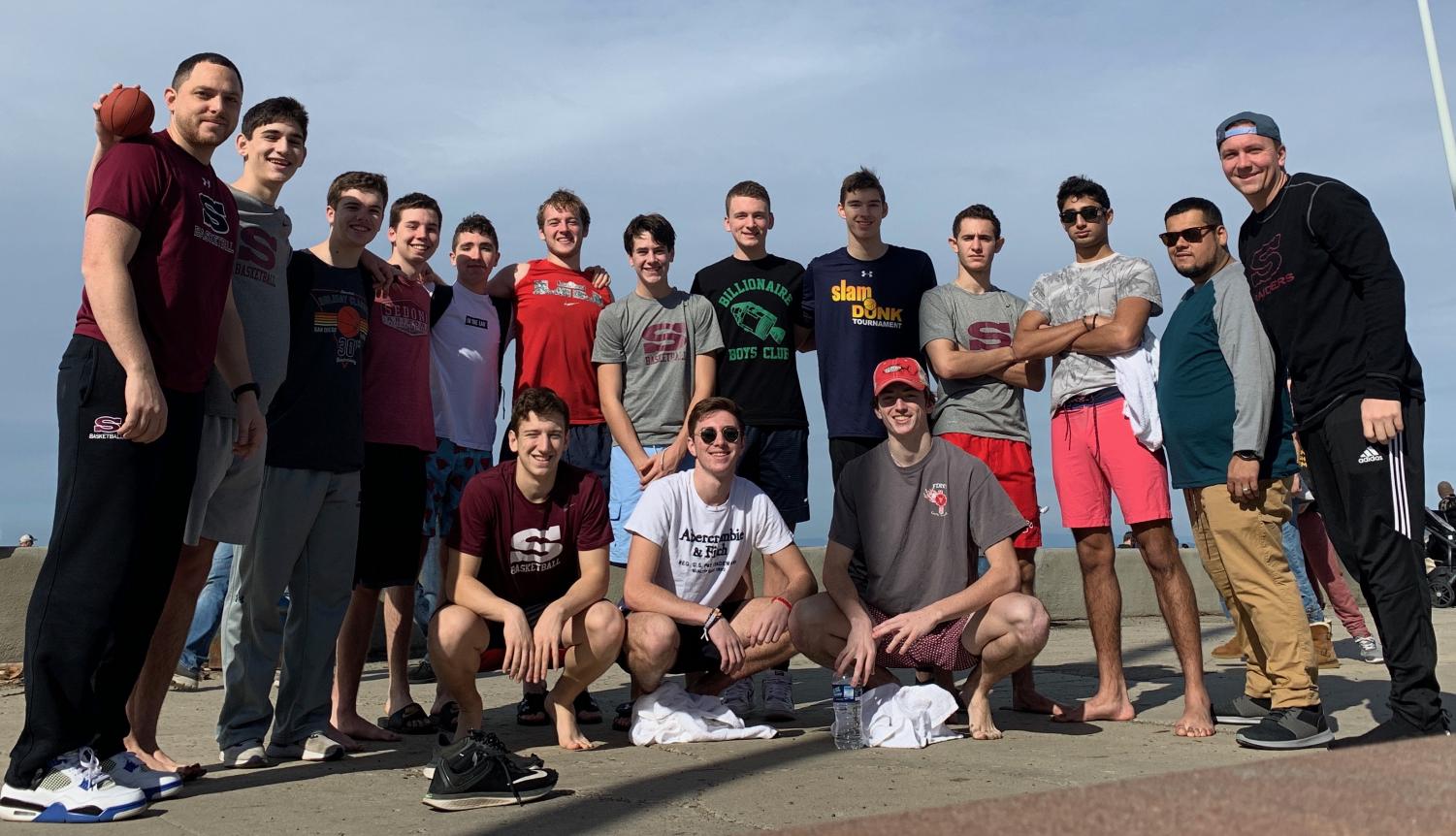 The Scarsdale Varsity Basketball team’s season is underway with their recent participation in two highly competitive basketball tournaments: the Scarsdale Maroon and White Tournament and the Harrison Tournament.

The Scarsdale Varsity Basketball team’s season is underway with their recent participation in two highly competitive basketball tournaments: the Scarsdale Maroon and White Tournament and the Harrison Tournament. The Raiders finished third in the Maroon and White Tournament and fourth in the Harrison Tournament. The Raiders, however, were unsatisfied with the results; they believed that the scores were not representative of the work ethic of the team and their high level of play. The ‘Ders intend on using these games as learning experiences for future competitions.

Captains Matthew Lipsay ’20 and Jayshen Saigal ’20 have stepped up in a big way for the team, constantly motivating all players to rise to the occasion and give it their all. Lipsay and Saigal are looking to create a memorable final year playing for the Scarsdale Basketball program and are promoting the level of competitiveness of the team with their leadership.

“The team is still building chemistry, since so many seniors who played a big role last year are no longer with us anymore. Although we lost many key players, Jayshen and Matt have taken great leadership on and off the court. We are getting to know each other, and we can only get better from that,” said Dylan Manin ’22.

The Raiders currently have a lot of strengths that they must put to use in order to produce wins. Section 1 Basketball has always been competitive, and in order to be a successful team at this level, it is crucial that the team executes using strategies as opposed to simple fundamentals. Also, the ‘Ders have a lot of depth within the team, and can rely on all of the players to get the job done.

“Our team’s strengths are definitely the team chemistry and the internal support for one another. No matter what score there is in a game, we will always have each other’s backs. Everyone is there for one another and we all want to see each other succeed,” said Lipsay.

While the team has many strengths, they also must address their weaknesses if they want to compete for the Section Championship. Scarsdale possesses the leadership and coaching staff that is needed to make adjustments to mistakes and to build their chemistry.

“The offensive play has been satisfactory, but we have a lot of turnovers. Defense is slow and we need to close out with hands up while down in a stance. In order for the team to succeed, we will need to go deep into the bench, since we cannot rely on our seniors every game. We need to be composed with the ball, make smart decisions, and have more confidence,” added Manin.

The ‘Ders are looking to recapitalize on their upcoming games by adding to the win column. Scarsdale has taken away many positives and negatives from these tournaments that will guide them in the right direction.

“These tournaments have just motivated us to work hard to achieve our goals going forward in the season. It has allowed us to realize what needs work and what is going well. They were great learning experiences, but now we are looking forward to winning for the remainder of the season,” concluded Lipsay.