Last Friday, May 14, was the final day of the school year for the class of 2021, and it was undoubtedly a memorable last day. The weather was amazing, spirits were high, and seniors were saying goodbye to teachers, Zoom calls, and plastic barriers. After a very unique last two years of high school, it’s understandable that they would want to have a momentous send-off into the world. However, when people noticed lobsters in confusing places around the school, some began to think that this idea had been taken a little too far.

Senior pranks are an ongoing tradition in many schools, including Scarsdale. On Friday, the seniors continued on one of the usual traditions of “gridlocking” the hallways between periods, where students essentially lock arms and block people from getting through. This is a harmless and exciting tradition for everyone (except for the few students who were trying to rush through the hallways for their next period math test), and it seemed like everything was going fine. It wasn’t until second period, after the first gridlock of the day, that word began to spread about the lobster in the middle of the second-floor hallway. Throughout the day, students found multiple lobsters around the school in obscure places – first the hallway, then hanging from a stairwell, and one even in a bathroom stall. Many photos and videos were taken and shared on social media as people seemed to find the prank hysterical. Many others, however, shared their confusion, disbelief, and remorse for the treatment of the animals used in the prank.

One of the school’s biggest voices of concern came from the H.E.L.P Animals Club, whose primary goal is spreading awareness at SHS and in the local community about animal-related issues. In the past, the club has done fundraisers, supply drives, and conferences in support of animal welfare, and this week they have been very vocal about their disappointment with how the senior prank went down. “I participated in the gridlock for about three minutes, as per tradition, and then made my way up to my last second-period physics class. I was full of adrenaline from my last day of school, and some guy in my class came into the room, hysterically laughing. He explained to us that there was a lobster in the middle of the second-floor hallway… It then made a bit of sense to me because in the first few minutes of first period, a message was sent to the senior group chat mentioning a lobster, asking if anyone was allergic to it,” said club officer Catherine Drohan ’21. Amongst all the confusion that day, it seemed like many people were in the same boat, not having known beforehand that the prank would be happening. “The senior class was trying to figure out a senior prank together on the grade group chat, [but] no word of the lobsters were mentioned until they were in the school building,” added Drohan. “I would sincerely say that a lot of the senior class was in a giant wave of confusion throughout the day.”

Of course, the main concern that many students and teachers had following the prank was about the well-being of the lobsters. While it is unclear if the animals were dead or alive, there is no denying that seeing a lobster dangled from a railing is a disturbing scene. The prank seemed to leave a bitter aftertaste, although during school hours it seemed to be going well. “The initial laughing and joking done by some of the students was possibly at the hysteria that came after the initial lobster. Considering everyone’s facts were different, I believe that everyone was dumbfounded by the ‘randomness’ of such a ‘joke,'” said Drohan. “As the day went on, more news came out and I, along with many others, became outraged at the situation.”

The H.E.L.P. Animals Club hopes that the SHS community will recognize the mistreatment of animals following this incident. “This was a cruel prank, unjustly using live animals. The senior prank is a long-standing tradition whose ultimate purpose is to bring closure to one’s high school experience in a memorable and comical way. Needless to say, I believe this prank was neither of those,” said club officer Rachel Levine ’22. “[In light of the situation the club members hope to] take a more active stance in bringing to light acts of animal cruelty that occur in our community and beyond,” expressed Levine. 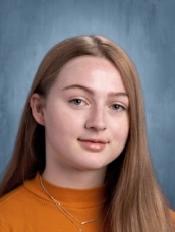 One Response to “Controversy Over This Year’s Fishy Senior Prank”