The Scarsdale community gathers in Chase park to commemorate victims of the Atlanta shooting and other acts of Anti-Asian hate.

The Scarsdale community gathers in Chase park to commemorate victims of the Atlanta shooting and other acts of Anti-Asian hate.

The Scarsdale community has long been conscious and supportive of its significant Asian population, but as anti-Asian hate crimes across the nation increase at an explosive rate, this support was translated into action at the Anti-Asian hate vigil in Chase Park on Saturday, March 27th. The event, organized by students from the Scarsdale High School Asian Conscientization and Empowerment Club and the Scarsdale Chinese Association, proved successful as residents gathered to amplify Asian voices.

The event was in part a memorial in response to the tragic deaths of recent Atlanta shooting victims, with speakers such as Janmariz Deguia ’22 and Olivia Liu ’23 placing a resounding emphasis on the humanity and value of Asian lives. Vivian Guo ’21 reflected on her relationship with her grandmother, and the necessity of support for elderly Asian Americans. These speeches collectively worked to bridge racial and cultural divides, shining a light on the similarities and importance of each Asian American. “I’m asking you, how will you uplift and amplify the communities who need you?” asked Deguia to the crowd. The vigil encouraged an overwhelming sense of solidarity within the Scarsdale residents.

Both students and other speakers shed a light on everyday experiences Asians face living in the Scarsdale community. Co-founders of the ACE club at SHS, Vivian Guo ’21 and Karen Lee ’21, explained the consequences of the model minority myth and recounted the struggles they faced in creating a space at SHS for Asian voices. Moreover, Linda Toh, the daughter of a recent victim of hate crime in White Plains, used her voice to share her mother’s story. “I am not ashamed because while I am Korean, I am American too,” announced Toh. “I felt that since we were with our community, even if I presented a spoken word that came from fiery anger, hurt, and frustration, I would be met with support instead of violence,” recalled Deguia. For those who may question the extent of Asian discrimination close to home, this event was a deafening wake-up call.

Not only was solidarity expressed and struggles voiced, but many local leaders stepped forward to pledge a turning point in support of the Asian community. Those who spoke include Mayor-Elect Jane Veron, School Board VP Alison Singer, Congressman Jamaal Bowman, State Senator Andrea Stewart-Cousins, and Assemblywoman Amy Paulin. “We cannot make excuses, and it is my honor and privilege to fight with you against anti-Asian hate,” remarked Congressman Bowman. These officials announced plans to uplift and protect marginalized groups in their respective positions, with promises such as promoting diversity in education and striving for social justice in legislation.

Other activities took place in Chase Park, including a moment of silence, reflective yoga, music, sing-alongs, and a shrine to the victims. As a result of efforts by the organizers, Scarsdale made a collective stand against recent acts of anti-Asian violence, uplifting voices which needed to be heard. “I needed people to listen because in other environments, I will be silenced,” concluded Deguia. In creating a safe space for the experiences of minorities, the Scarsdale vigil was a definite success. 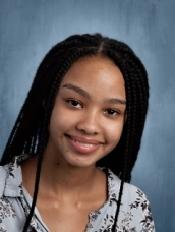