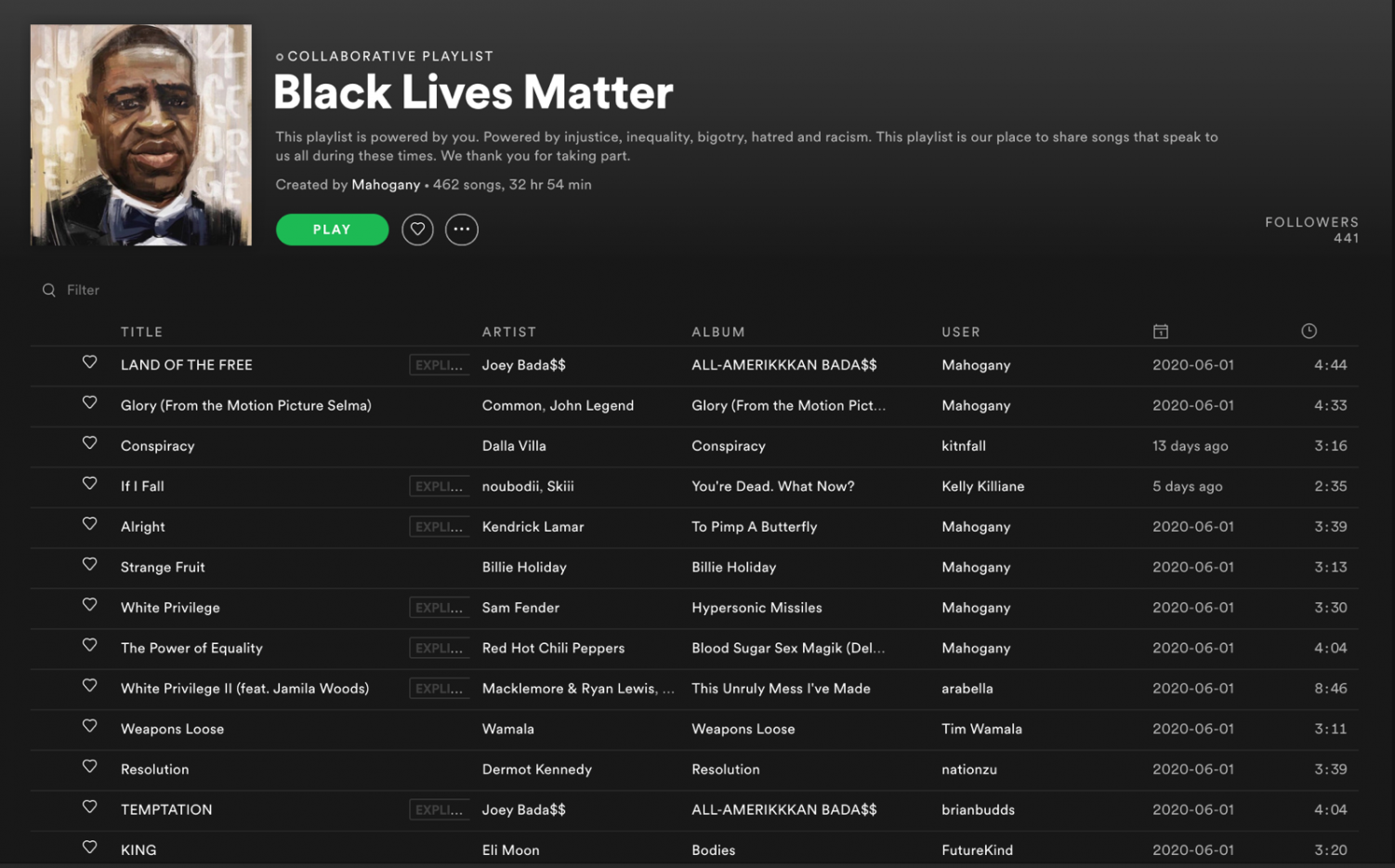 Black artists speak out against racism through release of new music. (Spotify)

Black artists speak out against racism through release of new music.

As society remains in a socially-distant landscape, creative artists, such as musicians, are using the desolate time to focus on their artwork and draw inspiration from the wave of activism that has submerged the world. Thus, mainstream musicians are continually using their platforms that reach thousands to fight against a virus that has plagued society: racism.

Dax, a Hip Hop artist with a YouTube presence of over 2 million subscribers, is best known for his music video “Cash Me Outside,” featuring Danielle Bregoli, the creator of the phrase. The video’s immediate popularity culminated in over twenty-one million views and allowed Dax to build a social media platform on Instagram of nearly one million followers. Although the comedic video prompted his initial success as a musical artist, Dax has currently geared his focus on fighting against institutional racism, including recently engineering the song “Black Lives Matter,” which serves as a tribute to those black lives lost to police brutality. The song packs a powerful punch as the rap states that “Everybody has a voice don’t you dare stay silent If you say nothing you are an accessory to violence,” effectively urging individuals to take action and use their voices. Dax expresses the idea that racism is a concept that is learned, recalling a time “When we were kids and didn’t see no color and when we played in kindergarten and I called you my brother Then we grew up and they taught us we should hate on each other even though We one in the same and we all came from our mothers.” The chorus is the repetition of the words “I can’t breathe,” which are the last words George Floyd uttered before a police officer ended his life. The three-minute song is a musical expression of black oppression throughout history, meant to encourage musicians to utilize their unique voice. “I think it is remarkable to see artists taking initiative because music has the ability to convey powerful messages. It is also good to see artists using their platforms to raise awareness as opposed to just providing a form of entertainment” commented SHS student Ben Spitanly ‘22.

Nasty C and TI, two popular rappers, combined their talents and mutual disgust of police brutality to create the song “They Don’t.” The song exposes the realities of systemic racism, saying that “they don’t want to see a young black man succeed” but instead “they wanna lock ’em all up and then get rid of the keys.” The song is a raw, telling take on the institutional racism black people are forced to live through daily, saying that he turns to God just to keep him alive. Its final verse recites, “hold my hand, mama, I’m here for you. They think they took your son, but they put him right next to you. You the strongest thing on this earth, you unbreakable,” reminding individuals the immense strength they possess when it seems as if the world is against them.

Leon Bridges, an American singer, and songwriter, recently released a new single titled “Sweeter” in which he uses the emotive song to criticize institutional racism. In his song, he expresses that he is continually judged just because of his skin color, pleading “Why do I fear with skin dark at night? Can’t feel peace with those judging eyes.” He also illustrates his belief that he thought that society had “moved on from the darker days” and questions “Did the words of the King disappear in the air Like a butterfly?” The song reveals his hope for a life sweeter than the heartbreaking story of many black individuals in America.

Artists are currently using their platforms to not simply provide entertainment, but rather force their audiences to face the harsh realities of the world, specifically racism. As thousands protest for justice on the streets worldwide, artists are protesting in a different yet still impactful way: by using their words. Dax, Nasty C, TI, and Leon Bridges serve as just a few examples of artists who are effectively using their platforms to fight for change and speak on the cold, harsh realities of America. As a teenager, it is refreshing to see that in a time where innocent black lives are being actively killed, artists are not simply going about their lives as normal, but rather shouting for change.