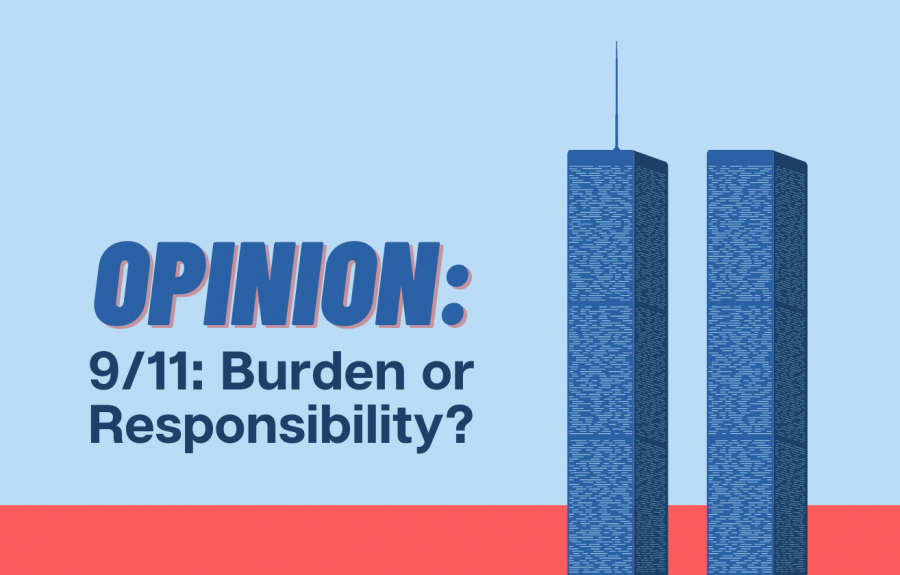 Opinion editor Mason Lau answers what 9/11 means to him as a member of Generation Z.

September 10, 2021 was like any other day for all of us— save for an unusually long moment of silence to acknowledge the tragedy of 9/11. As I sat there in my second period Spanish class, eyes downcast, I’m ashamed to admit that I found myself wondering when it would end. To my credit, a speaker malfunction had extended what was supposed to be a few seconds into whole minutes. Still, I couldn’t help but feel disappointed in myself. Was I being insensitive to such an impactful event in our history? Was it disrespectful to even think this way? And now that it’s been over a week since 9/11’s 20th anniversary, I think this sentiment is especially true for our generation.

The conversation began in my history class. Besides sharing some personal anecdotes, we saw videos of high schoolers across the nation who felt obligated to remind us of its legacy. I’m glad they feel this way, because, quite frankly, I don’t. At least not to the same extent. It’s here where the class pivoted and the floor opened to answer just one question: is remembering 9/11 a burden or a responsibility? It’s a cop-out, I know, but for our generation, it’s both. Every time I’ve had a class discussion about 9/11, the conversation stops by the time the bell rings. After everyone’s full day of watching the same documentary videos or listening to the same stories of self-sacrificing, terrorist-fighting heroes, it all goes back to normal. After a week, no one thinks twice about such a significant event. Almost two weeks later, and the senior editors of Maroon are in for a surprise when I submit this. If nothing else, rekindling the fire of that conversation is something I can agree with. 9/11 is a great point of contention in American history, especially given how (relatively) recent it was. It’s far enough away that we didn’t live through it, but it’s close enough that we still see its effects. So it’s strange to me that it isn’t an event we might speak of more regularly, especially within the context of a classroom.

But that’s pretty narrow-minded, isn’t it? Given that our teachers have all lived through it, bringing up such a traumatic topic is insensitive. Particularly when you consider how the first way we remember 9/11 is by acknowledging the enduring loss. It inevitably becomes the topic of every discussion. Loss of lives, loss of progress, loss of hope. 9/11 is a haunting memory because of just how much was lost. We honor those victims; that’s our responsibility as the generation after. It’s not a task that we look forward to, but we’re obligated to do it. And then there’s the fear. Fear that permeates our lives to this day. An incessant fear of terrorism and rampant Islamophobia have only intensified as a result of 9/11. However, fear and loss don’t constitute the legacy of 9/11 entirely. In every tragedy we face, as a nation, we find a way to rebuild. Over this last year and a half, I can safely say that I’ve never felt closer to my loved ones even when we were standing in the same room. It’s ironic how some of the most devastating, divisive events in our lives become the most unifying. While we’re responsible for honoring the memory of the victims of 9/11, we don’t only have to remember the bad. If nothing else, we should take the good that we can from such a grim chapter in our history.

So, no, I’m not saying we erase 9/11 from our brains because it doesn’t matter anymore. I think it’s very much the opposite. What I struggle to understand, though, is how those upstanding high schoolers could feel so attached to an event that they didn’t even experience firsthand. Is it pretentious to try to insert yourself into trauma you didn’t suffer through? Or is it a measured display of respect? I don’t know the answer. I’m treading into dangerous territory here since, obviously, everyone’s situation is different. The generalizations that I make should be taken with a healthy serving of salt. Still, there’s something to be said about the glaring generational divide. We hear the stories of people who were in the Towers, or watched the Towers fall, or knew someone who was in the Towers, or knew someone who watched the Towers fall. We might even know them personally. I can try my best to empathize with those experiences, but no matter what, I can’t. Hopefully, I won’t ever have to. But I think that’s our burden. The burden of not being able to lend a shoulder. The burden of feeling nothing in the face of anguish. The burden of disconnect.

We can’t allow ourselves to be mired in the pain of the past when we look towards the future. Again, that’s not to say that we throw it away completely. We carry it, dissect it, respect it, and digest it. We use it as a foundation to build and rebuild. 9/11 is a topic that demands exploration, but it hasn’t been given the recognition it deserves. Aside from the emotional implications— which, as I mentioned, are not as pronounced for our generation— there isn’t a real reason to stop talking about it. To move forward, we look backward. But we can’t move forward if we don’t turn around eventually.