The Lab-Leak Theory: More Than Just a Conspiracy? 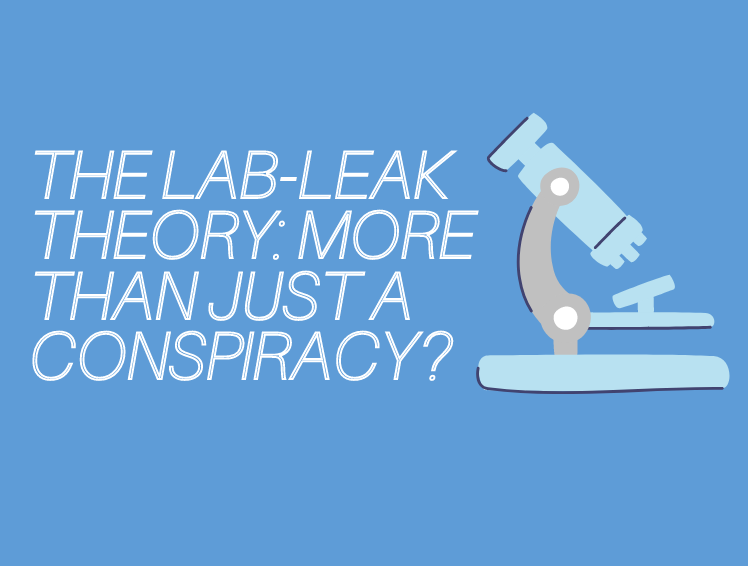 Multiple theories of the origin of COVID-19 come to light.

Flashback to the beginning of 2020 when the first signs of COVID-19 started to appear in the United States, multiple theories of the potential causes of the virus circulated. Most of the little scientific evidence at that time pointed towards animals in the Huanan market in Wuhan being the original source of the spread. A less popular theory connected the virus to a nearby biological research lab, the Wuhan Institute of Virology (WIV). Since 2005, the institute has been continuously studying the previous SARS coronavirus and its connection to the horseshoe bat where similar coronaviruses have been naturally found.

Earlier this year, a team of scientists from the World Health Organization (WHO) was sent to Wuhan to further research the source of the virus. They visited the WIV lab as well and noted that this lab-leak theory was “extremely unlikely” in a very small portion of their report. However, recently, this theory has been becoming more and more plausible. A previously classified US intelligence report revealed that in November 2019, three staff and researchers from the WIV were being treated in the hospital. This took place before the virus was first reported to be spreading in the city. In response, President Biden, who had allegedly previously shut down a State Department investigation launched by the Trump Administration about the lab-leak theory, mentioned that he had already asked for a report about whether or not the virus originated from a laboratory shortly after taking office.

Many scientists, even those who were almost sure that that the virus originated from animals, have started to doubt and question the possibility of COVID-19 coming from a laboratory. Even Dr. Fauci, director of NIAID, is now “not convinced” that the virus came from a natural source. Science also suggests that it isn’t impossible for the virus to have been manufactured or created by supercharging the virus and reordering the cells’ genomes. The coronavirus responsible for COVID-19 coincidentally has the same sequence of a virus that would be created artificially using experimental methods of splicing, but it is unclear whether this was purposefully created or naturally formed through mutations.

At the start of the pandemic as the lab theory first surfaced, the staff in the lab were quiet about the rumors. During the past couple of weeks, a researcher at WIV, Prof. Shi Zhengli, published a report talking about how her team found eight coronavirus strains in 2015 on bats in a mine in China. It also mentioned that these strains are less of a threat to humans than ones found on pangolins. The Chinese government used this research report to deny the lab theory, suggested possible other theories, and accused the US government of spreading false rumors.

Although it has been over a year since scientists started searching for the reason for the pandemic, nothing has been confirmed and the debate will still continue to go on.