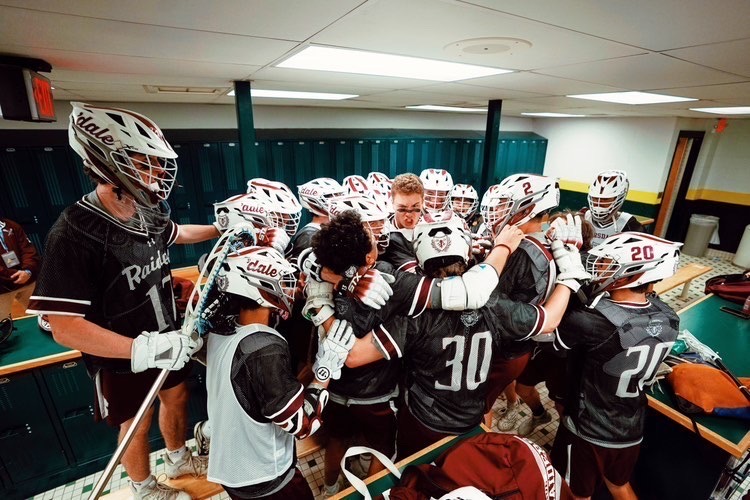 The SHS Boys Varsity Lacrosse Team has been impressive this season.

About a year ago, the Scarsdale Boys Lacrosse team won the Section 1 title, upsetting Mamaroneck in a thrilling double-overtime win. It was the first section title in the Scarsdale Boys Lacrosse program’s history. After such a successful season, many of the team’s supporters were excited for what this season would offer, and had high expectations for the team. It’s safe to say their expectations were met, as Scarsdale won the Section 1 title again, and has gone even further; Scarsdale became the Class A Regional Champions on Saturday with a 14-6 win over Shenendehowa.

Put simply, Scarsdale struggled in the beginning of the regular season. Last year’s Section Champion team had 13 seniors, so recreating the success of the past season was not going to be easy after losing so many key players. At one point this season, the team’s record was just 2-6. The effects of graduating many of Scarsdale’s strongest defenders from last year started to show.

Andrew Lehrman ’23, the team’s starting goalie, described the turning point in the season as a game against Rye, where they kept it close and almost won. “We realized we were actually pretty good after that, and we had newfound confidence,” said Lehrman. “[We got] way better defensively,” Lehrman added. The team finished the regular season with a respectable record of 9-7, which gave them the three seed in the playoffs.

Without much trouble, the team advanced to the Section 1 Class A championship against one-seeded Mamaroneck. Behind 18 faceoff wins by Colby Baldwin ’23, they won the game 12-7 and went home as Section 1 Class A champions for the second year in a row. It was a difficult game to win, as Mamaroneck has a strong team. “Mamaroneck has five legit Division One commits,” noted Lehrman.

Scarsdale went on to advance to the NYSPHSAA Class A regional finals against Shenendehowa. Baldwin played an extraordinary game once again, going 21-2 on faceoffs, which led the way for Scarsdale’s 14-6 win. Lehrman conveyed the importance of having a player who is great at face-offs like Baldwin. “Lacrosse is all about possession, and when you have a good faceoff guy, that really tilts the game in one team’s favor,” stated Lehrman. With its win over Shenendehowa, Scarsdale became the New York State Regional Champions.

Up next, Scarsdale will travel upstate to play in the Class A State Semifinals at SUNY Albany’s stadium against Northport, the Long Island champion, on Wednesday. The team has an optimistic mentality going into the game. “We know they’re good, and we know they have a ton of commits, but we’re not really looking at it like that… We still think we can beat them,” said Lehrman.

No matter what the outcome is on Wednesday, this season has been incredible for the program as a whole. Only three players on the team will graduate before next season, so the team is very confident that next year will be a great one. “Everyone’s going to get a lot better, and I seriously don’t think any team is even going to compete with us from around here next year,” stated Lehrman.