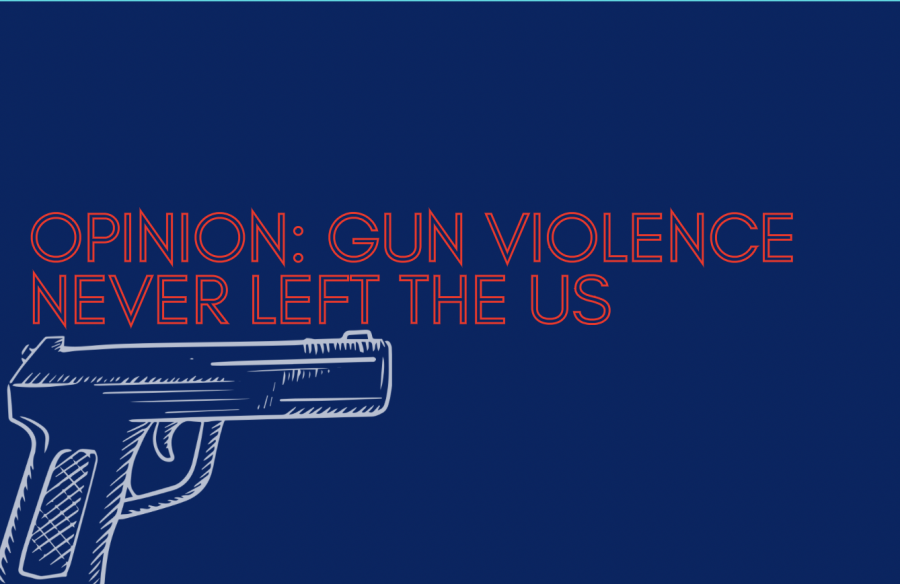 The recent shootings in Atlanta, Georgia and Boulder, Colorado only prove that gun violence is still a pertinent issue in the United States, and that reforms to gun control regulations are necessary.

On March 16, 2021, Robert Long shot and murdered eight victims just hours after purchasing a handgun in Georgia. That same day, Ahmad Al Aliwi Alissa entered a Colorado gun shop and bought an assault-style rifle after passing a simple background check. Only six days later, Alissa entered a King Soopers grocery store and opened fire, killing ten people. Many families, devastated by the loss of relatives, coworkers, and neighbors, are trying to find both Long and Alissa’s reasons for the shootings. While the true motivations behind these attacks are unknown, many speculate that they were conducted in the name of xenophobia; the fact that six of the eight victims in Atlanta were Asian-American women has sparked a wave of movements against AAPI hate across the nation. Although it seems to boil down to racism, there’s a lot more at play here; specifically, another trademark of the United States: gun violence.

Despite the temporary pause on gun violence as a result of the pandemic, these two most recent instances serve as grim reminders of an issue deeply engraved into our country. From 2014 to 2019, the number of deaths caused by firearms in the United States has increased from about 12,500 to well over 15,000. In terms of national rates, the United States experienced about 4.43 gun-related deaths per every 100,000 people in 2017. By comparison, Canada only experienced 0.47 deaths per every 100,000 in the same study.

The United States has never been a stranger to gun violence, and in the past two decades, neither has Colorado. Seven major mass shootings have occurred in Colorado since 1993, and it is ranked fifth in the nation for the most frequent instances of mass shootings overall. Georgia, though not quite as infamous for its history with gun violence, ranked 15th in highest national gun death rate in 2019, with a homicide rate of 6.67 per every 100,000.

If the numbers didn’t make it clear enough, there’s something disproportionately wrong with gun control in our country. On March 16, the NRA tweeted that a Colorado judge had given “law-abiding gun owners” something to celebrate, as the ban on commonly-owned rifles like AR-15s and 10+ round magazines had been lifted. It’s hard to find this purely coincidental, as Ahmad Alissa had bought the weapon used in the shooting that same day. In Georgia, the regulations behind firearm possession are just as insecure. Current Georgia law does not require a waiting period for purchasing firearms, meaning that background checks aren’t mandatory for private gun sales; someone who buys a firearm can use it immediately after their purchase, allowing for the possibility of reckless acts of violence.

What’s become overwhelmingly certain is that these background checks should be mandated, at the very least. Although it’s frustrating to admit, the shootings in Colorado and Georgia may have been prevented with a more rigorous vetting process. In fact, so many of the shootings across the nation could have been prevented through taking such a simple measure—be it Parkland, Sandy Hook, or the Las Vegas shooting. It isn’t a matter of infringing upon the Second Amendment, but rather taking precautions against those who wish to take advantage of it. Background checks are necessary compromises for “law-abiding gun owners” that ultimately protect everyone.

Still, there’s no question that xenophobia is a key part of the equation. Alissa’s brother, Ali Aliwi Alissa, had mentioned in an interview that Ahmad may have a mental illness that stemmed from conflicts that he had in high school. He said that Ahmad was bullied because of his name and for being Muslim. From then on, Ahmad had become increasingly paranoid around 2014 and believed that he was being followed and chased.

More blatantly, a spa employee who escaped reported that Long stated, “I’m going to kill all Asians” during the attack. These shootings are a testament to the destructive tendencies caused by racism and xenophobia—one turned violent after being a victim of racism, while the other turned violent as a result of his belief in racism. It’s unrealistic to say that these discriminatory beliefs will ever be completely dismantled, because they won’t. But if attention isn’t at least drawn to them, they will only contribute to the development of the same tragedies that befell our country mere weeks ago.

Although the pandemic has put a damper on gun violence for the past year, these problems still exist around the world. However, the fact that the pandemic’s conclusion is drawing yet closer poses even more of a threat than the Coronavirus itself. It’s interesting to see how the pandemic has given us something to focus on in the moment besides tearing each other apart. But this peaceful (if it can even be considered that) bubble of social distancing and toilet paper hoarders has already been burst by those who reject their morality. How many Americans must die for the institution of adequate gun laws that actually protect the public? How long will it take for the xenophobic roots of America to shrivel and die? It’s unlikely that there will ever be a definite answer to these questions, but with these recent shootings, we can only hope that calls to action will be answered and changes will be made.