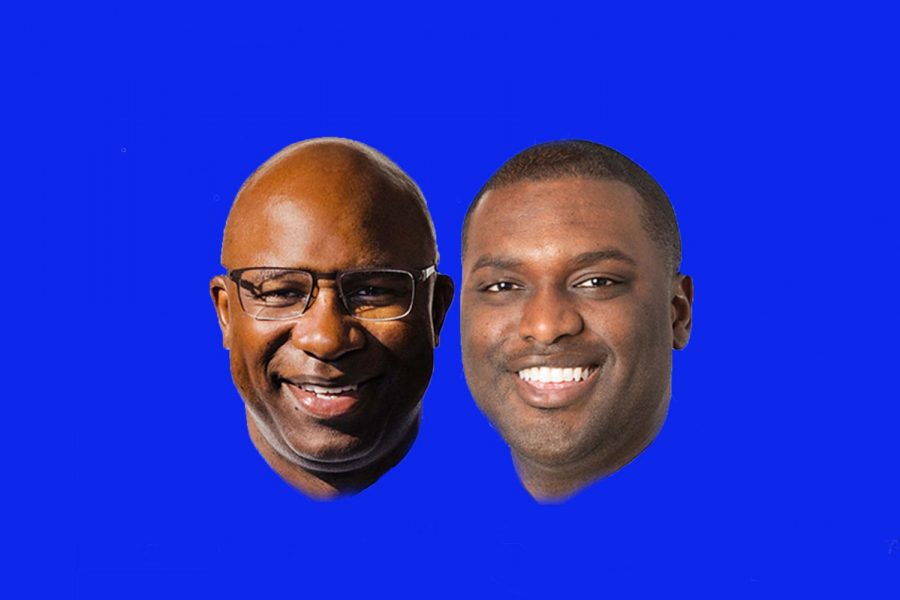 While the fervor of the Presidential election is still strong even weeks after Election Day, America now has its eyes on Congress where two fresh faces have caused shockwaves in the House of Representatives: Jamaal Bowman, representing New York’s 16th Congressional District, and Mondaire Jones, representing New York’s 17th Congressional District. Yes, the next President will shape the future of the entire country for the next 4 years—but how will these representative-elects shape communities now?

Jamaal Bowman, hailing from humble beginnings in New York City, was formerly a middle school principal and teacher for 20 years. From years of experience in towns with low-income families, Bowman believes that families are being locked out from opportunities by a system that helps the wealthy and privileged few to stay on top. As a result, he is specifically pushing for changes to the education system that will benefit students and teachers alike. For example, he aims to quadruple the amount of money dedicated to schools each year from $14 billion to around $60 billion. He is also looking to enforce a livable salary of sixty thousand dollars a year for teachers who would usually be unable to receive decent pay from such an essential profession. While this is definitely idealistic, it seems that his value of education is not only motivated by his history as an educator but from his background as well.

Earlier this November, Bowman was elected to represent New York’s 16th Congressional District for the House of Representatives. However, even earlier than the general election, he won the Democratic primary back in June of this year. His opponent during this election was Eliot Engel, who was the incumbent representative of the 16th District for the past 31 years. Although many thought that Bowman would be the unlikely candidate to win, he received 56% of the votes to Engel’s 40%, winning the Democratic primary. Furthermore, Bowman received 82.9% of the votes to Patrick McManus’ 17% during the general election and was elected as the representative for New York’s 16th Congressional District.

Like Bowman, Mondaire Jones didn’t come from a wealthy family. He was born and raised in Rockland County, but his dedication to his studies and his town landed him his most recent job at Westchester County’s Law Department. From there, he decided to find and make a full-time career in politics. While Jones firmly believes in resolving many of the fundamental problems that Bowman believes in, such as unequal access to healthcare, education, and other basic resources that are denied to both lower-class citizens and people of color, his chief focus is on empowering the voice of citizens and restoring democracy. This seemingly broad topic is largely about encouraging citizens to be more active and involved in elections so that they are represented by leaders who will truly listen to them and enact positive change.

Jones won the Democratic primary for the 17th District this past June by an extremely large margin. With 41.6% of votes, support for Jones greatly outnumbered the 16.2% of votes given to Adam Schleifer, who had the second-most votes. In the general election, there were even more interesting results. In the general election, Jones went up against Maureen McCardle Schulman, the Republican primary candidate. Jones won by a rather slim margin, taking 54% of the votes to Schulman’s 40%, and became the representative for New York’s 17th Congressional District.

With the addition of these two figures to the House of Representatives, there is one main idea that is evident: Congress is becoming more diverse. Both Bowman and Jones have come from lower and middle-class communities and Jones is one of the first openly gay elected representatives. Their contributions to the communities, state, and even the country, will prove to represent a larger range of constituencies. And it’s not just them. Across the nation, representatives from all walks of life are starting to appear in Congress. But what exactly is causing this enormous change?

Nicola Minchillo-Barber, a history teacher at SHS, explains that this wave of new candidates is like a “wake up call”—it’s not like any of the issues that these candidates wish to tackle have just arisen; rather, these candidates are calling attention to problems that have been pushed aside or overlooked by politicians for decades. Especially with the resurgence and development of large social movements such as “Black Lives Matter,” it appears that the citizens of the United States are starting to become more aware of how their government is dealing with the predicaments that matter to them. “But that’s something that we’ve seen throughout history, throughout American history,” Minchillo said. “When there’s a group of people who feel like their voices haven’t been heard, it’s almost like there’s a third party or a strong voice within that party that starts making demands and saying ‘well, if you don’t do something about it, we’re gonna break away and we’re gonna take our votes with us,’” she added.

Both Bowman and Jones have shown an ability to adapt to the needs of the people, not just in what they stand for, but in how they were able to mobilize their campaigns, even amidst the chaos caused by the pandemic. It’s this quality that has appealed to younger generations and why the public servants of today are starting to include a myriad of people.

But ultimately, it is up to the voters and these younger generations to determine who will lead them. “It goes back to voter involvement, and citizen involvement…if we want the country to look different…then the people need to be more involved in the process. The most obvious way is to vote, but of course, there are other ways as well. We need to get involved in civic groups, to get kids interested in politics in general, and that sort of thing…Just because you can’t figure it out now doesn’t mean that it shouldn’t be addressed,” Minchillo concluded.