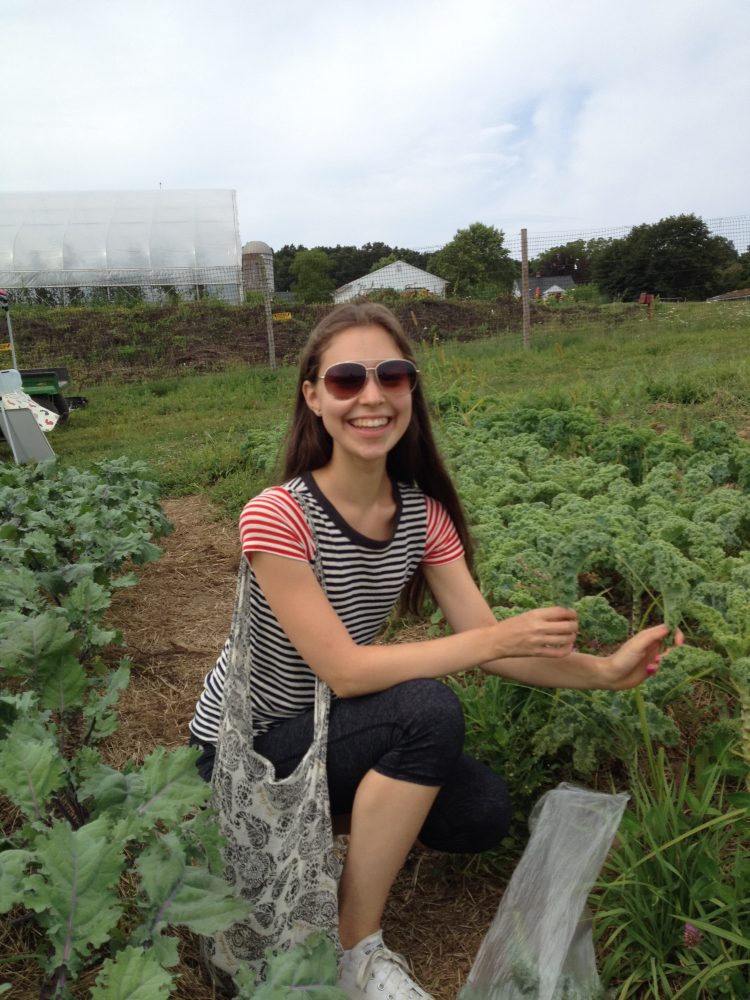 Hello there and welcome to The Silver Spoon! I’m Lizzie LeBoyer, a fellow sophomore here at SHS. Living a wholesome lifestyle is something that I’m very passionate about, and here you’ll find some of my tips and tricks that I swear by, not just for being “healthy”, but (without sounding too cliché) for creating habits that allow you to thrive and feel good. Whether it be weekly recipes, guides and how-tos, product reviews, outfit posts, et cetera, my goal is not to act like the health police and try to force a trend on the student body, but rather to explain the methods behind my madness by showcasing some of my favorite things and why I love them. So today, for my first post I though I’d share some frequently asked questions as well as a backstory about how and why I became so interested in healthy living.

Around two years ago I decided I needed a change. Maybe it was the thought of entering a new school, the boredom that lingered after following the same routine in middle school or some combination of the two. I felt I was in desperate need of a fresh new routine. Now, keep in mind that I had always been a lover of vegetables and whole foods so there was nothing new in that department. It was also summer at the time, and almost everywhere I turned I felt bombarded with something promoting a form of “health”. This was also the year of juice cleanses and the beginning of the gluten free phenomenon, which I would hear about when I would watch the news in the mornings, only adding to my curiosity about nutrition. So anyways, after doing some research (and remembering what I had learned in health class) I came across some fantastic blogs dedicated to the idea of living whole and well with natural foods as a base. Eventually, I transitioned away from processed foods and become even more in love with cooking. I swapped dinners of margarita pizzas to veggie burgers, frozen ravioli to quinoa bowls, and was introduced to the greatness that is the green smoothie (but more on those later). I also was interested in yoga, and ever since I have sworn by it, not only for relaxation, but for exercise and well being of the body and mind. Fast-forward to today and yes, I do love a good kale salad and completely support the avocado toast trend, but I continue to take interest in all things that contribute to wellbeing.

How do you describe your diet?

I don’t want to say “vegan”, because I hate that word and because I have an obsession with salmon but I do avoid things like dairy, meat, cheeses, etc. I also don’t really eat wheat or things with gluten.

What do you eat then?

Tons! Again, without sounding too cliché, I embrace all of nature’s awesomeness. But here’s a more specific list of what you’ll generally find in my kitchen: 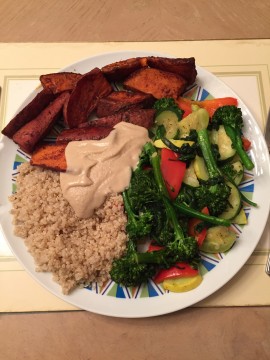 What do you bring to school?

I’ve loved sandwiches for school lunches. I think it’s something about carrying a brown paper bag with my initials and a water bottle in my backpack that just feels so quintessentially suburban-schoolgirl. But anyways, now that I’m not a big lover of turkey sandwiches on wheat, I bake bread from scratch on the weekends that’s made of nuts, seeds, and buckwheat and brown rice (it sounds odd, but it’s really delicious!). I then cut the loaf into slices and fridge them before topping them with mashed avocado and tomatoes or almond butter and slicing them into sandwiches. I also bring portable snacks like carrots or sliced apples to take around and munch on throughout the day.

Are you into hot yoga?

NO! Never tried it and I’m not really interested at the moment. I think that if you’re doing the poses right and breathing well that you’ll build up heat naturally, no need to sit in a pose for three minutes in a 100 degree room. That’s not to say I won’t change my mind in the future, but especially now I’m too in love with vinyasa flow classes.

What do you do at restaurants? Isn’t it super hard to go out?

Not as much as you’re probably thinking. Especially in Scarsdale where lots of menus feature healthy foods that are made trendy (ex: quinoa and or kale can now be found practically anywhere in the village). Many places also have things like veggie burgers or dishes that make veggies that star, but I also am an extreme lover of salmon and can find that very easily too.

And what about desserts? Would you ever eat cookies or brownies?

Well, it it depends. If it’s some store-bought cookie thats loaded with butter, refined sugars and empty calories, I think you know the answer. However, I do love to bake and cook and make my own healthy desserts! Some of my favorites concoctions include (sweet potato) brownies from blogger and domestic goddess Deliciously Ella, raw truffles made from medjool dates and assorted nuts, chocolate bars from hu kitchen (an great place in the city), and more!

Do you avoid unhealthy foods because they’re bad for you or just because of taste?

Actually both, simultaneously. I’ve find that after changing my diet, my taste buds changed and in addition to knowing that certain foods are not very nutritious, I prefer the taste of my own dishes much better! 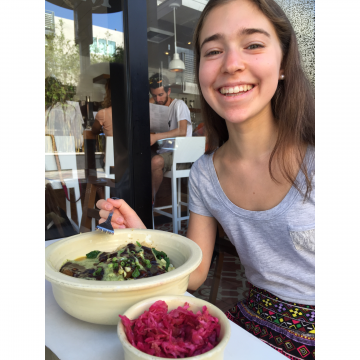