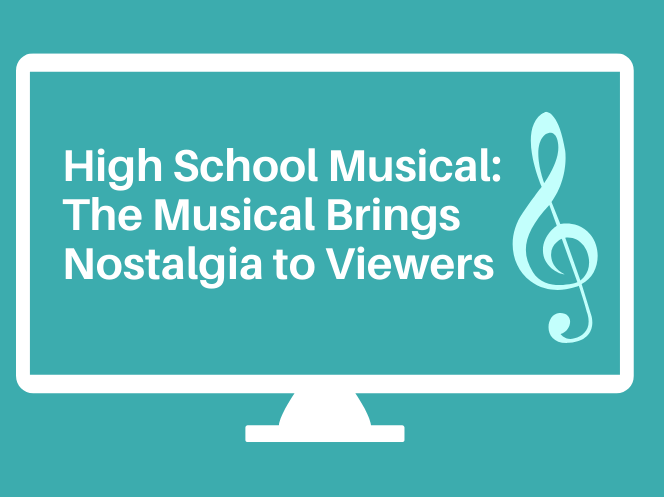 High School Musical: The Musical shares its first episode, bringing much excitement to the audience after a lengthy wait.

It’s easy to say that season one ended on a cliffhanger. Nini (Olivia Rodrigo) finally ended her complex love triangle with E.J. (Matt Cornett) and Ricky (Joshua Bassett), ultimately selecting Ricky before getting accepted into a performing arts school in Denver.

The first episode of season two, ”New Year’s Eve,” begins with the ecstatic cast recording a performance for their Instagram story, celebrating the successful opening night. This scene incorporates the modern-day aspect of social media while also incorporating what East High looked like in the original High School Musical. Viewers are reminded of many aspects of the past season, such as Ricky’s parent’s divorce and the new stability in Gina’s life as Ashlyn (Julia Lester) welcomed her to stay in her home. Miss Jenn (Kate Reinders) and Carlos (Frankie A. Rodriguez) work to plan their upcoming production of High School Musical 2 before switching to Beauty and the Beast. The crew gathers together to celebrate the new year at Ashlyn’s, awaiting Miss Jenn’s announcement of the new musical. While anxiously waiting, Nini struggles to tell Ricky that she is moving to Denver because his parent’s divorce has made him particularly vulnerable.

After watching “New Year’s Eve,” it seems that many of the old and new relationships between the crew are solidifying while others are deteriorating. Carlos and Seb (Joe Serafini) are closer than ever, finally feeling comfortable expressing their obvious chemistry. This is certainly a relationship I look forward to seeing more of, as the two are happy together. Alongside their thriving relationship, Ashlyn and Big Red (Larry Saperstein) are also on the way to a successful relationship. Throughout this episode, I have seen how they both anxiously wait for the other to make a move despite numerous obstacles. Although these two relationships are headed in the right direction, Ricky and Nini, on the other hand, are struggling given Nini’s decision to move schools. I may be slightly disappointed with the decision to not continue following the “High School Musical” series for the school shows, but I do feel that Beauty and the Beast will bring out more of an opportunity for other characters to appear in the spotlight. Specifically, I predict that Kourtney (Dara Reneé) will be given the chance to play a part in the play based on her new ambition.

Ultimately, there are many directions that this season could go in, but if the rest of the season is anything like this episode and the past season, then I’m sure that I will love it! I expect there to be many surprises and my main hope is that Nini stays because the chemistry between the crew would not be the same without her.