Discord in DC: Trump Supporters Storm the US Capitol 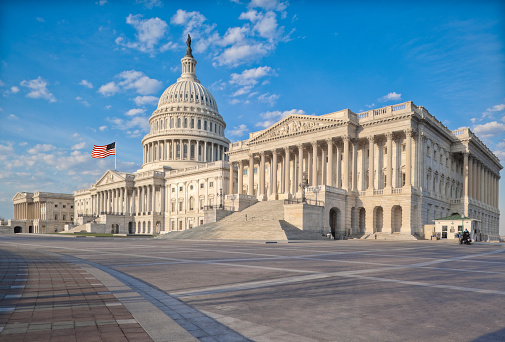 During the afternoon of January 6, a pro-Trump protest became violent as demonstrators toppled barricades, broke into the Capitol building, and attacked law enforcement and media.

As per standard procedure, Congress met earlier today to certify the electoral count and confirm Joe Biden’s Electoral College win. Under normal circumstances, the proceeding is a formality, but objections to the electoral count by several Republican members of Congress based on claims of election fraud made this year’s proceeding more interesting. In a last-ditch effort to protest the election results, supporters of President Trump rallied outside of the Capitol building.

Violence ensued as the rioters, spurred by Trump’s speech at the demonstration, moved closer to the Capitol building. While there was a large police presence at the Capitol as there always is, this presence was not sufficient in stopping the mob from moving forward. The rioters eventually infiltrated the building, forcing the police to release tear gas, causing the proceeding to go into recess. Americans’ eyes were glued to their televisions as rioters violently stormed the Capitol building, waving flags, shouting, and smashing windows. Every member of Congress went into lockdown, and they were later evacuated to an undisclosed location. MSNBC even aired a clip of a woman covered in blood on a stretcher, who later passed away from her injuries in the hospital. Both President-Elect Joe Biden and President Donald Trump later addressed the nation, but the protests were not under control until hours after their speeches, and a 6 p.m. curfew was issued by the mayor of Washington, D.C.

When Spencer Krivo ’22, the junior class president, first heard about the invasion of the Capitol building, he was “completely unsurprised as this is a radical political base with little regard for the unity and institutions of this country.”

Some Republicans have expressed their discontent with the election results, claiming that it was rigged with data that no one has been able to verify. Thus, Aanya Schoetz ’21 was also not surprised by the events that ensued today. Schoetz felt that more security measures should have been taken by the government and D.C. police to better prepare for a situation like this. “Honestly, I’m kind of shocked that people were able to make it to the Senate floor and were able to physically go inside the Capitol building,” Schoetz commented.

Adrian Elimian ’21, the president of the Scarsdale High School Democrats club, said that he was watching coverage of the proceedings when the rioters got close enough to the Capitol building to cause alarm. “As I was watching, I saw that the terrorists kept on getting closer, the rioters kept on getting closer to the building… I also saw on Twitter from journalists inside the building that they were being told to evacuate,” Elimian stated. He believes that while President Trump is mostly to blame for the chaos, “it’s important to note that it wasn’t just him… it was also the Representatives and the Senators on the Republican side of the aisle that were the ones objecting…those people take a huge front of the blame.” Elimian said that watching the disarray unfold was “quite jarring.”

Many students also noted that they saw a discrepancy between the way law enforcement officials responded to the pro-Trump protesters versus the way law enforcement officials have responded to pro-Black Lives Matter protesters over the past several months. Matthew Tardif ’23 observed that “the riots truly show the amount of white privilege that the Trump supporters have. Firstly, the riots are being called protests. However, when people marched for BLM, their protests were being described as riots. These people will not face any dire consequences… these people will never have to face the consequences that people fighting for BLM had to face.” Schoetz said that she noticed a discrepancy as well. “There was such a harsh approach when dealing with the BLM protests… people have the right to protest but if they don’t have an equal right to protest, I think that’s a further demonstration of some of the problems that still exist in our government and our system,” she remarked.

According to most experts, today’s insurrection will most definitely not prevent Biden from becoming the nation’s forty-sixth president. Today’s events did, however, leave people hurt, one person dead, and a nation in turmoil.