A Ray of Happiness During a Stressful Week 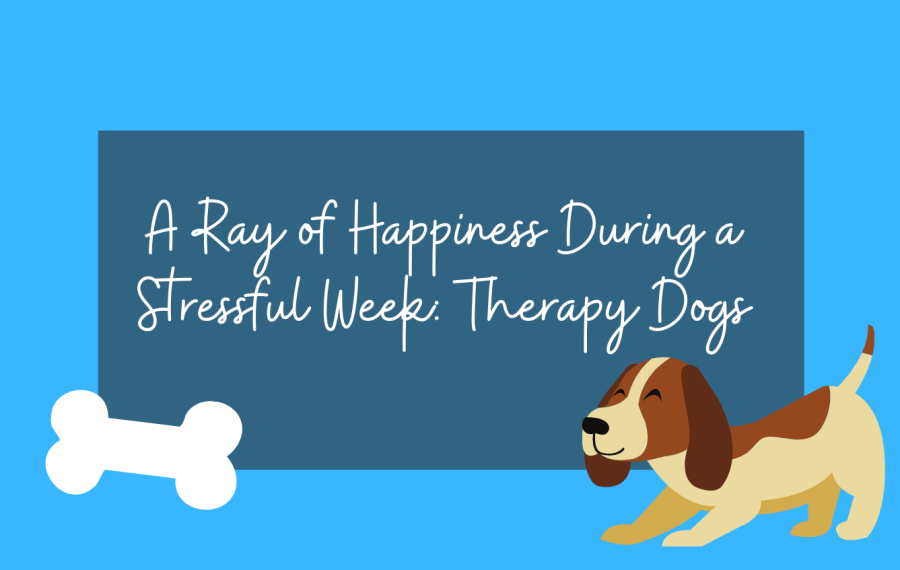 Testing week: the stressful period of the school year when students spend their days studying in the library, racing to finish off the quarter strong. Day after day. Test after test. Sure, the school’s intention to make sure the tests are not all on the same day minimizes stress, but having multiple subjects on the same day proves overwhelming for many.

This year’s first quarter testing week was especially hard for students as they have not had a typical testing week in almost two years. In addition to studying for tests and learning material, students also had to adjust to a full week of in-person testing and for many freshmen they experienced a testing week for the first time. SHS’s Mental Health Club, recognizing the overwhelming and anxiety-inducing nature of testing week, took it upon themselves to introduce a day of bonding with therapy dogs to alleviate school-wide stress.

Several therapy dogs spent the afternoon in SHS’s iLab, and students were free to come and go during the afternoon as they pleased to pet the dogs; the day’s total of students arriving to visit the dogs was 300—all of which hoped to escape from their otherwise stressful life by connecting with warm and friendly animals. “[The therapy dog visit” had even more of an impact on students than we expected,” said club officer, Serena Finger ‘22. “People were coming up to the club officers and Dr. Faustino to thank us for doing this for them,” Finger stated.

It seems that the therapy dogs had a positive impact of students across the school as it gave them something to look forward to during the days leading up to testing week as well as just a much-needed distraction from their tests. “Being able to see these dogs brightened my day and even my entire week. It gave me some time to refresh my brain,” said Myla Wollman ‘24.

“We plan on bringing the dogs back to the school for the next three testing days and possibly even more times in between,” concluded Finger. Seeing as big of a success the therapy dogs were, the idea of dogs returning proves very exciting to SHS students.