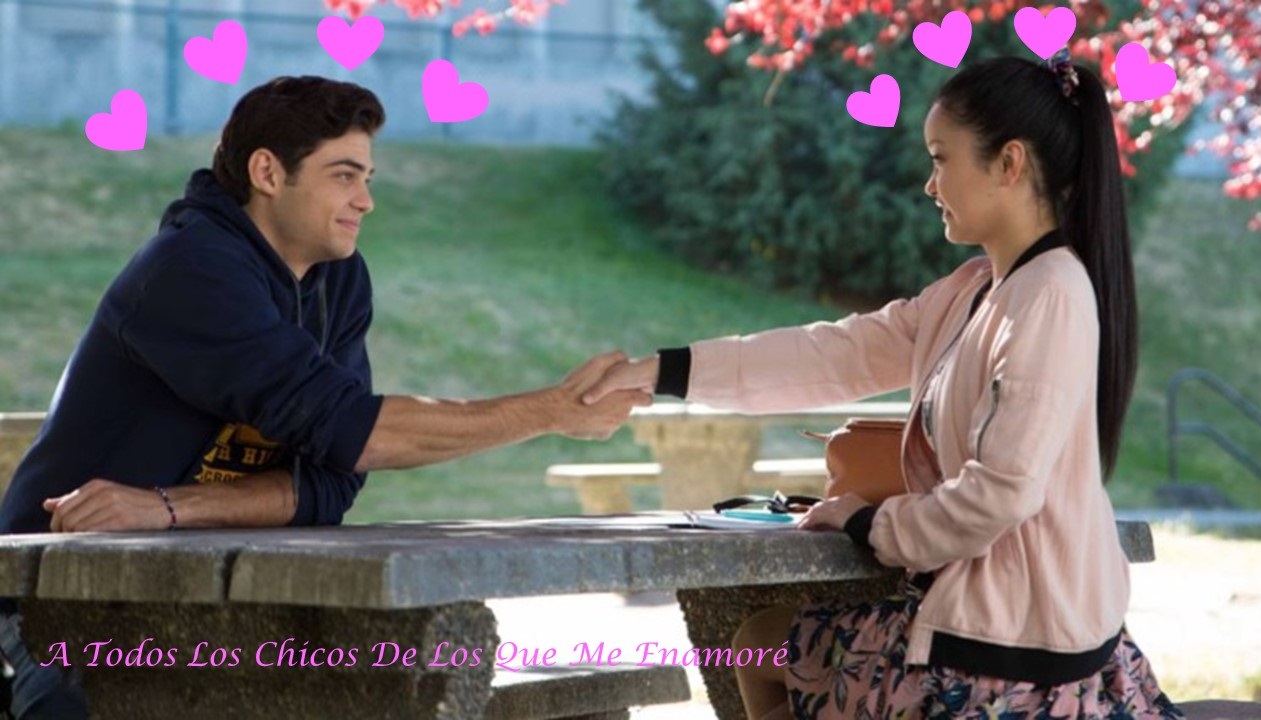 To All the Boys I’ve Loved Before vs The Kissing Booth: Which stole our heart?

Netflix has always been a popular service for streaming original and outside content, and two releases this summer garnered more attention than usual: The Kissing Booth and To All the Boys I’ve Loved Before. Both movies are based on previously published books, The Kissing Booth by Beth Reekles and To All the Boys I’ve Loved Before by Jenny Han. TKB and TAtBILB both center on teen relationships: TKB focuses on the forbidden romance between Elle Evans and Noah Flynn, her best friend’s older brother, while TAtBILB is about the fake-turned-real relationship between Lara Jean Covey and her 7th grade crush, Peter Kavinsky. While both movies had their pros and cons, we prefered TAtBILB over TKB for its portrayal of high school and teenage rationale. (Aside: Elle and Lara Jean are both juniors, yet are never pictured doing homework or stressing about college or the SAT or ACT. Also, they have so much free time and never seem to stay up past 10! We don’t understand.)

Though we did much prefer TAtBILB to TKB, there were a few aspects of the latter that we appreciated. Elle, who began the movie dedicated to following her best friend Lee’s “friendship rules,” which forbid her from dating Noah, became more aware of the toxic parts of their friendship by the film’s conclusion. Towards the end, she realizes that it should be up to her, not Lee, who she dates—and that if Lee can’t handle that, that is his fault, not hers. We appreciated this character development and the positive message it sends about teenage friendships and making your own decisions. The movie also provided a lot of laughs, which are always welcome—such as when the Flynn’s mom asks Noah to be nice to Elle because she has “a bit of a crush” on him, while Elle hides under the bed. Additionally, neither Elle nor Noah sacrificed life dreams or goals for each other; Noah goes to Harvard and Elle doesn’t put her life on hold for him. Also, Elle makes a pros and cons list. This is high-key relatable.

Unfortunately, though, our dislikes far outweighed our likes in this case. Most importantly, we felt the film romanticized unhealthy relationships and did not offer a realistic portrayal of how high schoolers really act. Both Lee and Noah often treat Elle like an object; at one point, Lee says that Elle is the only thing he has that Noah doesn’t have, implying that she is simply a possession. Despite the love montage that should’ve made us swoon for Noah, we found him more emotionally manipulative than romantic. From the beginning of the film, he controlled Elle’s love life by stopping her from dating anyone else. Instead of being punished for this, he gets exactly what he wanted: Elle ends up dating him, and his controlling behavior is never fully addressed. And though there were some funny moments, many conversations left us cringing instead of laughing. Of course a teen rom com is going to over-dramatize high school, but The Kissing Booth took it a little far—the OMG girls were more cringy than amusing, and the way the entire school became so invested in the kissing booth and Elle and Noah’s relationship was over-the-top. We would also like to mention that though Elle only owned two pairs of pants, she jumped into a pool wearing those pants multiple times. This bothered Maya a lot. Also, how is Noah going to Harvard if he almost didn’t graduate from missing so much school??

Where TKB fails, TAtBILB picks up the slack. Lara Jean is a high schooler who is just trying to learn how to drive and deal with her older sister leaving for college. The movie was light-hearted and fun, but still managed to deftly weave in more serious topics, like Peter’s dad leaving and the death of Lara Jean’s mom. Though Lara Jean and Peter have disagreements, neither tries to control the other, and their fights are always eventually resolved with communication. Their banter and easy chemistry made us smile and cheer them on—frankly, Lana Condor and Noah Centineo had more chemistry than Joey King and Jacob Elrodi, who are dating in real life. We also liked the sibling relationships. The Covey girls are close and (mostly) supportive of each other and we laughed at Kitty’s antics, missed Margot’s reassuring presence along with Lara Jean, and smiled at their group hug at the end of the movie. It was refreshing to see such a positively portrayed family, and we were glad that Lara Jean’s father was so understanding as well. And honestly, Peter Kavinsky is far superior to Noah Flynn. He may not have a motorcycle, but he readily takes Lara Jean—and Kitty!—to school, plays with Kitty, buys Lara Jean’s favorite food for her (this gives him major points in our book), and tries to genuinely listen to Lara Jean. All in all, TAtBILB made us smile—it was a fun, happy movie perfect for a sad or happy day. (In the interest of full disclosure, Diana has watched and loved this movie three times).

We did have a few complaints about TAtBILB, though. Like The Kissing Booth, some aspects struck us as unrealistic. Once again, the entire school is way too invested in Lara Jean and Peter’s relationship, and the extent of the gossip and stares that the two endure didn’t ring true. Also, it did bother us that Peter never gave Lara Jean’s scrunchie back, especially since it seemed like such an easy thing to do (#JusticeforLaraJeansScrunchie). And like Elle, Lara Jean has some perplexing issues involving clothes and pools—mainly, that she gets soaked in the hot tub and then gets into her bed in her dripping wet clothes. We don’t understand. Guys, hypothermia is a real problem.

Honestly, both movies are great to watch with friends, and whether you hate or love them, there are funny scenes in both. Funnily enough, we think that romance-loving Lara Jean would really enjoy reading and watching The Kissing Booth. So get off Maroon’s website, procrastinate your responsibilities, and watch some Netflix today.

(P.S. Netflix did not sponsor us)