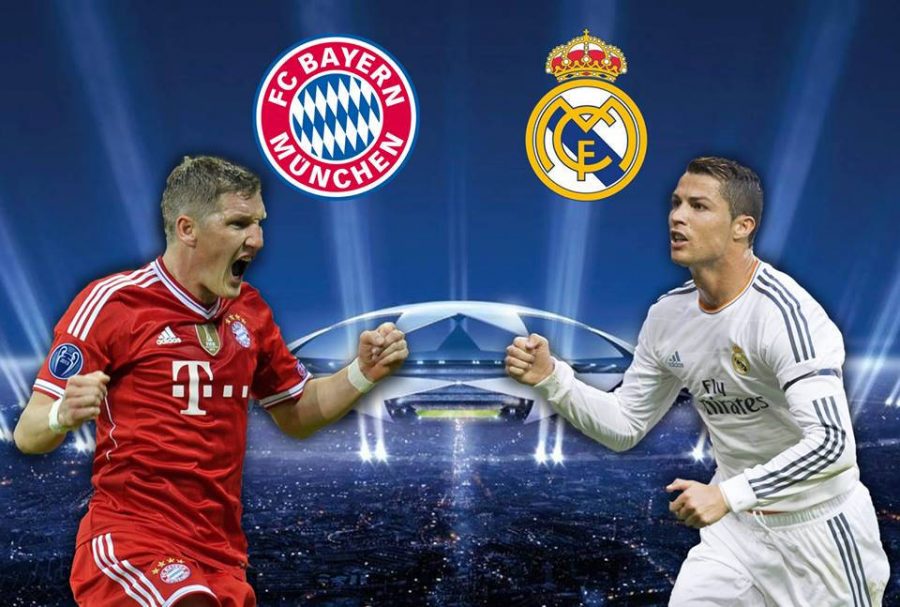 Soccer fans across the world have gathered around their TVs in the past two weeks to cheer on their favorite teams for the semifinals of the Champions League, one of the grandest soccer tournaments held annually in Europe. The exciting semifinals consist of two legs; the first legs are played at the home stadium of one team, and the second leg on the home turf of the other. This year, the four teams that competed in the semifinals included: Bayern Munich, the top-tier team from Germany; Real Madrid, the reigning champions; Liverpool, led by star Mohamed Salah; and AS Roma, the playoff underdogs.

Real Madrid won the first leg 2-1 against Bayern at the latter’s home stadium, the Allianz Arena. Both teams had incredible shots and saves, but two of Bayern’s main stars, Arjen Robben and Jerome Boateng, were sent off injured. Real Madrid used this to their advantage and was able to take the lead by the end of the game. Meanwhile at Anfield, Liverpool powered through the first leg in their home stadium and won 5-2. Two of the goals were scored by their rising star, Mohamed Salah, and two by Roberto Firmino.

Bayern’s second leg match against Real Madrid on May 1st ended in a 2-2 tie. Bayern’s Joshua Kimmich scored an early goal, but a mishap by Bayern’s goalkeeper ultimately led to his team’s fatal exit from the Champions League due to the aggregate score of 3-4. Liverpool and AS Roma’s second leg match set a Champions League record for the most goals scored in both legs of the semifinals, with a total of 11 goals. AS Roma fought until the last minute and won the leg with a score of 4-2, but lost on aggregate 6-7.

After two sets of hard fought matches, Real Madrid and Liverpool were ultimately the ones to come out on top. They advance to Champions League Final on May 26th, which will prove to be an intense match between two well deserved teams. All four teams showed incredible endurance and motivation in the semifinals, and no matter the final result of this year’s tournament, will continue their fight for the trophy next season.