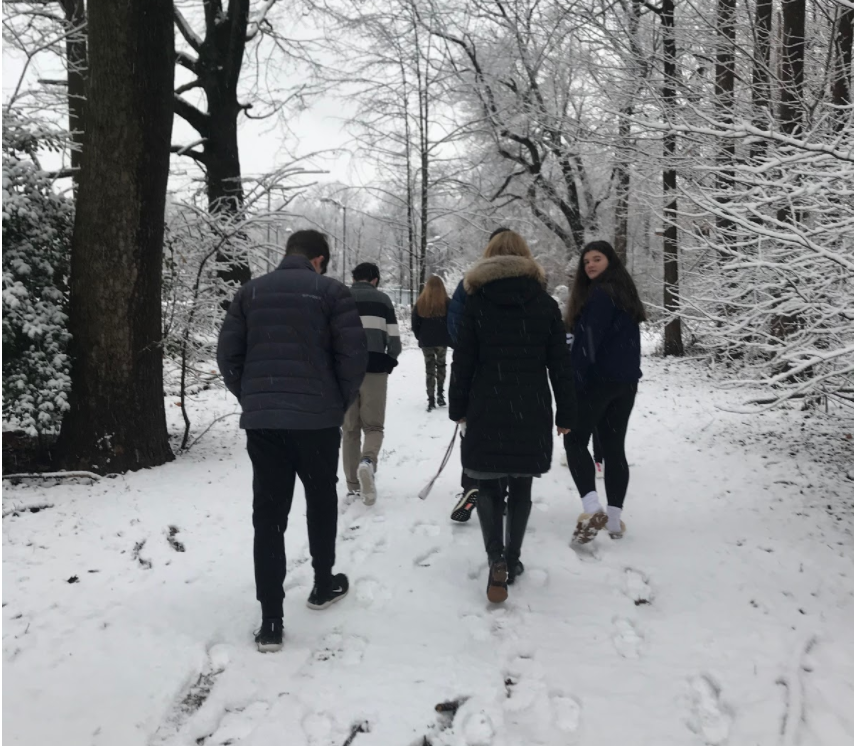 No matter the weather, silent walks are an aspect of Sheilah’s classes that are always cherished. (Maroon Staff)

No matter the weather, silent walks are an aspect of Sheilah’s classes that are always cherished.

A Class To Remember: Sheilah Chason’s Alternative Approach to Teaching 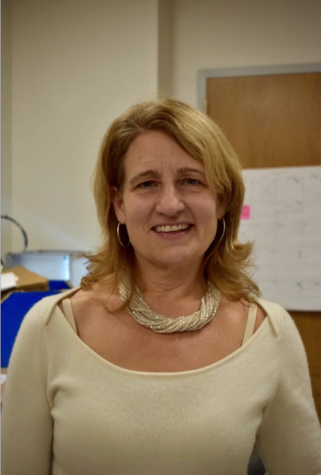 Maroon Staff
Sheilah Chason, SHS math and STEAM teacher has been working at SHS for ten years, nine of which were in the Scarsdale Alternative School.

Walking into class on a Monday morning is jarring for most students, but not for those in SHS math teacher Sheilah Chason’s class. Students in Sheilah’s class enter room 256 on the daily, never knowing what to expect, except that whatever Sheilah has planned will be beneficial to not only their math skills but also to their well being.

Sheilah, who is in her tenth year working at SHS, nine of which were spent in the Alternative School, brings an alternative and engaging style of learning into every class she teaches. Her goal is to build a sense of community within her classes, which she believes will result in a better learning environment. She accomplishes this by having kids sitting and working together. As a result, “there’s a sense of peer teaching and respect,” said Sheilah. She prefers students to address her by her first name, a legacy from her time at the Alternative School. Sheilah has continued the tradition because she finds that students become more comfortable around her. Sheilah, however, is not alone in this approach. In a study conducted by ABC News examining the effects of students calling teachers by their first names, it was found that doing so “fosters a more personal relationship, removes languages barriers, and puts students in a better position to take charge of their own learning and feel more confident to question adults.” Additionally, asking students to call her by her first name emphasizes her desire to create a community in which everyone can thrive.

School is a stressful environment, but Sheilah tries to combat the daily pressure by making her class an enjoyable one, rather than one to add to the anxiety. Students often go to their classes on autopilot—they sit down and do their work alone, solely focused on the end result, which is the grade they will receive. In Sheilah’s class, students are forced to get to know each other. “I want to build a community where people can trust each other and know each other. If they feel respected and safe in the classroom, they’ll take risks that they might not ordinarily [take] and ask questions,” commented Sheilah. One memorable aspect of Sheilah’s classes is the silent walks. Once a week, Sheilah takes her class through the woods behind the school for fifteen minutes, even if it is snowing. The walks provide a time for students to decompress and to silently meditate.

Sheilah’s teaching style allows for her students to thrive in her classroom and to learn effectively.”

Spending time outside in nature reinvigorates students, who spend the majority of their day indoors and sitting down. In a study by psychology researchers Marc Berman, John Jonides and Stephen Kaplan at the University of Michigan, it was concluded that “memory performance and attention spans improved by 20 percent after people spent an hour interacting with nature.” Although the silent walks do not last an hour, their benefit can still be seen in improved focus from students. 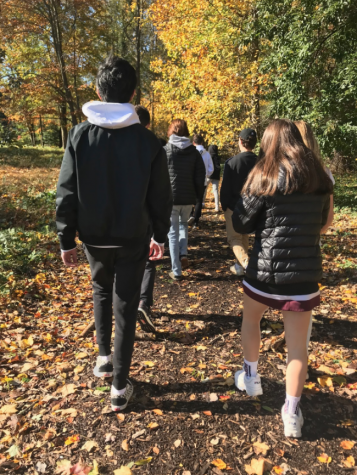 Maroon Staff
“A few years ago, a student came to class frustrated from an incident which had occurred just before class and felt he needed to let off steam. He asked if we could go for a walk… I agreed, as long as it was a silent walk, so that this young man and everyone else had a chance to decompress, think, and be with their own thoughts,” said Sheilah, on the origin of the silent walks.

There have been numerous studies that prove that meditation helps with focusing as well. A study in Psychological Science that was unwrapped by Time concluded that “intensive meditation can help people focus their attention and sustain it—even during the most boring of tasks.” Although not daily, the silent walks serve as a source of meditation to enable students to clear their heads and reflect, in order to be more productive in class. Still, some may think that the time spent outdoors wastes class time, but Sheilah has been able to see the results the meditation has had. “Once we returned [to class], we still got through the exact lesson I had planned. We all found the class to be more focused and present,” said Sheilah. Students can look forward to class knowing that a silent walk is near, and that they will have the opportunity to have a small, meaningful, and much-needed break from class to clear their heads.

Sheliah always strives to improve her classes. She is constantly learning new skills from other teachers and implementing those techniques into her own classroom. Additionally, through the Scarsdale Teachers Institute (STI), Sheilah is “reminded of what it is like to be a student,” which inspires her to create a community-based classroom.

Over the course of one’s schooling, there are certain classes that stand out as highlights of one’s education. These memorable classes can be the result of a teacher one deeply connects to, innovative and creative instruction, a favorite subject, a warm classroom environment, or maybe even a ritual done in a class. Sheilah’s math class is one of those that will warmly linger in students’ minds long after its over for its sense of community and unique approach to instruction.