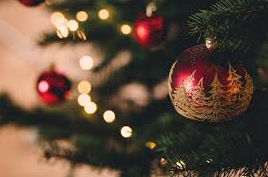 "Last Christmas is a rom-com that proved to be neither romantic or comical and certainly won’t be remembered as one of the great Christmas movies." (PC: Pexels)

"Last Christmas is a rom-com that proved to be neither romantic or comical and certainly won’t be remembered as one of the great Christmas movies."

Last Christmas follows the story of Kate, an employee at a year-round Christmas store who struggles to maintain a relationship with her family. One Christmas, Kate’s heart transplant causes her relationship with her mom to become overbearing. Kate soon meets a love interest, Tom, who continually inspires her. From helping out at a homeless shelter to simply walking around town, Tom helps shape Kate into a kinder and well-rounded person. At the end of the movie, it is revealed that Tom had been Kate’s heart donor and therefore is just a ghost.

The movie seemed promising as it has a notable cast including Game of Thrones star Emilia Clarke and Crazy Rich Asians actor Henry Golding. Both their performances proved to be worse than expected, and in her role as Kate’s mom, Petra, Emma Thompson had a European accent was hardly recognizable. In a movie centered around falling in love, Clarke and Golding had as much charisma and chemistry as a brick. Coupled with the already doomed plotline, Clarke’s and Golding’s portrayal of the characters was lackluster. The plot lacked a certain cheerful spirit that many usually expects to get out of a Christmas movie. Despite some sweet sentiments and the inevitable crying at the ending, it will ultimately be written off as another over-hyped movie with undeveloped characters and a boring plotline. The concept was good, in theory, but if you are looking for a special Christmas movie to put you in the spirit, this movie is not for you.

When it comes to holiday movies, one wants to fall magically in love with every moment, and not leave the theater bored. Unfortunately, this movie fell short in about every category. The ending was a tear-jerker, but besides that, the movie was rather mundane. Last Christmas is a rom-com that proved to be neither romantic or comical and certainly won’t be remembered as one of the great Christmas movies.