Despite some discrepancies, the IT film does a great job replicating the story King spins in his novel. (Wikimedia Commons)

Despite some discrepancies, the IT film does a great job replicating the story King spins in his novel.

IT: Novel vs. Movie

Our favorite clown, Pennywise, has been making appearances in the theaters and on TV screens. The infamous, spine-chilling character was first created in the letters of IT, Stephen King’s famous book. The movie does a great job replicating the story King spins in his novel; however, there are a few discrepancies that play a large role in the story of Derry.

In the novel, the supernatural aspect of the Losers Club is heavily emphasized; that sense of the Losers Club coming together like perfectly-created puzzle pieces was lost in the film. Throughout the beginning of the book, there is an itchy feeling of something missing when the Losers Club is not fully formed. Before the rock fight scene, the book depicts the other six Losers stopping all activity, and, with a sense of something approaching, they begin collecting rocks to fight the bullies and save Mike. Once Mike arrives, there is an unnerving yet satisfying sense of finality; the Losers Club has finally formed. In the book, Bill’s role as the natural leader is also emphasized. He is able to completely command the rest of the Losers, and unlike the film, there is no defiance from any of the members. In the film, Bill’s natural leadership skills are undermined by the headstrong anxiety of Eddie and Richie.

The films cleverly chose to exclude a big part of King’s book: the underlying sexual vulgarity. Throughout the book, the reader was often stricken by the blatant sexual events, some of which cannot be listed on Maroon. With Beverly as the sole female in the Losers Club, there was a severe sense of sexual awakening and undertones that the films chose to exclude. Coupled with the exclusion of the crass sexual nature of the book, the film also chose to exclude the racial situations in the book. Henry Bowers, the main bully, hates Mike Hanlon the most because of Mike’s race. Influenced by his father’s hatred of the Hanlon family, Henry purposely kills Mike’s dog with poison and attempts to fatally harm Mike, events that are not portrayed in the film.

Richie’s secret in the film was also not originally in the book; his closeted sexuality was simply a director’s choice. In IT: Chapter Two, Richie’s greatest fear is an exposure of his homosexuality and hidden love for Eddie. Richie and Eddie’s bond in both the book and films was undeniable; however, in the second movie, it is revealed that Richie’s feelings went much deeper than simple camaraderie. When Eddie dies, Richie is the greatest one affected, and he is seen sketching R + E in the wood of a banister afterwards. Pennywise also sings, “I know your secret,” when he traps Richie in a vision, and Richie runs off with the intent of leaving Derry. Although not originally depicted in the book, this choice added another level of clever diversity to the film.

The biggest difference, however, is the director’s choice not to include the supernatural Turtle, named Mataurin, a force that leads Bill to successfully injure Pennywise and causes the Losers Club to unite. The Turtle created the Universe, exists on the same unworldly plane as Pennywise, and is considered to be Pennywise’s rival. This choice might have been beneficial to audiences as the Turtle’s odd introduction and confusing storyline was too complex. There are mentions throughout the movie of the Turtle, though: at the Quarry, a turtle is under Ben’s foot and a lego turtle is found in Georgie’s room.

Despite these big differences, the films did a great job in portraying each character in the book: Bill’s stutter, Eddie’s paranoia, Richie’s comedic relief, Stanley’s mental fragility, Beverly’s cycle of abuse, and Ben’s everlasting love for Beverly. Pennywise was depicted with scary accuracy, and this adaptation of King’s IT has been the best so far. 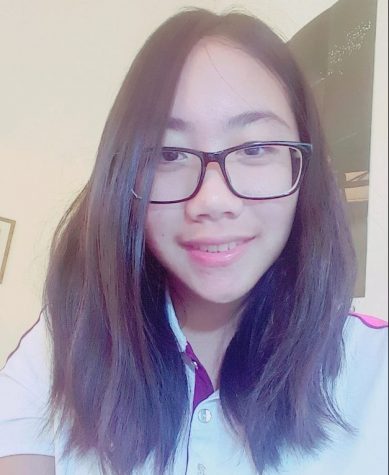