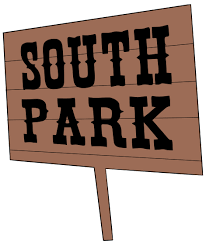 South Park episode "Band in China" was banned by the mainland Chinese government for its content. (Photo Credit: Wikipedia )

South Park episode "Band in China" was banned by the mainland Chinese government for its content.

The Chinese government censors media content from its people for both political reasons and to maintain control over its citizens. In the past, they have banned movies such as The Dark Knight and even banned Winnie-the-Pooh and Piglet because of memes comparing Pooh to President Xi Jinping.

A recent South Park episode, “Band in China” makes fun of this situation, and the strict censorship rules in China. The episode follows two storylines, one with Randy being sent to a work camp, similar to ones Chinese Muslims are sent to, where he meets an imprisoned Winnie-the-Pooh. The other follows Stan, Jimmy, Kenny, and Butters, who want to make a movie about the metal band they have formed, but their script keeps changing to avoid the strict censorship laws in China.

Now those same censorship rules that they made fun of in the episode have gotten rid of all internet presence relating to the South Park series as the series has been censored by the Chinese government. No episodes or video clips, no online discussions, and no mentions of the series are allowed on Chinese social media. And on Baidu Tieba, a popular Chinese online communication platform, all threads relating to South Park are no longer working.

This all comes as the NBA now has tensions with the mainland Chinese government after the Houston Rockets’ General Manager Darryl Morley tweeted siding with the Hong Kong pro-democracy protests.